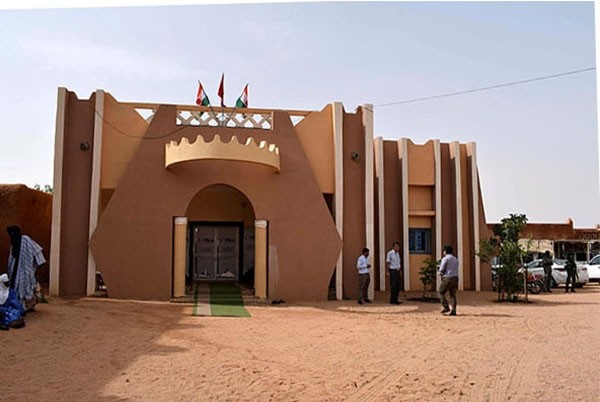 A Turkish aid agency has restored a part of the Agadez Sultanate, a Berber kingdom centered in the city of Agadez, which has been active since the Ottoman Empire era in Niger.

The Turkish Cooperation and Coordination Agency (TIKA) said in a statement on Monday that the welcome room of the sultanate was inaugurated with the participation of Oumarou Ibrahim Oumarou, the sultan of the Agadez region.

Speaking at the ceremony, Oumarou, a descendant of the Ottoman Empire, briefed the participants on the history of the region which dates back to centuries ago.

According to Oumarou, internal anarchy and external threats had forced the people of Tuareg to search for a permanent solution to the problem of unity and identity.

"They decided to have a leader who came from an empire that was respected by many people around the world," Oumarou said.

The Agadez Sultanate has existed since the Ottoman Empire. The region was once the farthest point of the empire.

Rumor has it that the tribes from Agadez requested the Ottoman Empire to send them a ruler in the early 1400s.

The Sultan Bayezid thus sent Yunus, his son born from an African woman in his harem, to reign in the region.

Since the arrival of Sultan Yunus, the people of the Sultanate of Agadez, most of whom were Tuaregs, have been called "Istanbuleva" which means "those who come from Istanbul".

The sultans of Agadez have still been playing an active role in resolving disputes between tribes, bringing social changes, development of the region, and reducing poverty in the country.