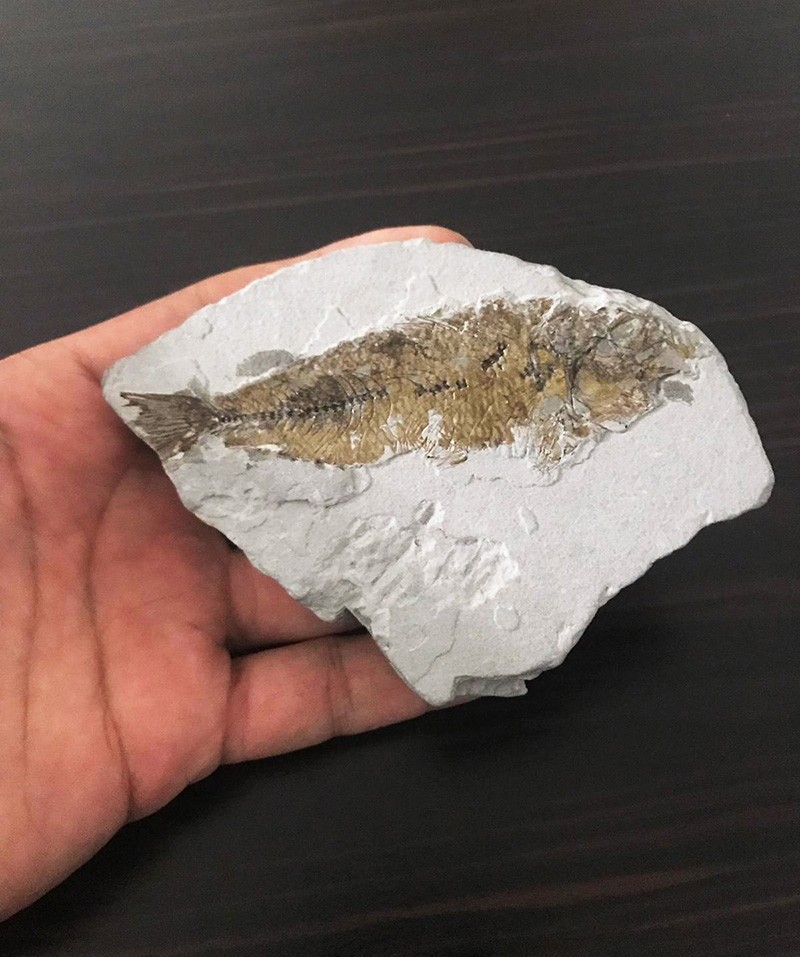 A fossil of a fish believed to date back some 16 million years has been discovered in western Turkey, a Turkish geophysical engineer reported Thursday.

Speaking to Anadolu Agency, Abdullah Sipahi said he found the fossil in a sedimentary rock during coal exploration in Alatepe, Milas in Turkey's Muğla province.

Sipahi said he is examining the trace fossil, which is thought to belong to the mid-Miocene Epoch (some 11.6-15.9 million years ago), in the laboratory.

He added that the fossil indicates the existence of a lake in the region 14 million years ago.

Sedimentary rocks in Turkey contain many fossils dating from various epochs, he said, adding that each fossil find sheds light on the prehistory of the region.

"This fish living in the lake died and after falling on the lake bed, it was covered over time as a result of sedimentation," he explained.

"Then the lake dried and the areas with fossils were exposed."

In Milas — an important center during the Hellenistic, Roman, and Byzantine eras and the capital of the Mentese Chiefdom — animal fossils dating back millions of years have come to light in the surrounding coal basins.

Murat Gül, an engineering professor at Muğla's Sıtkı Koçman University, said that similar fossils were found in coal sites in the Yatağan district during mineral exploration in the 1980s.