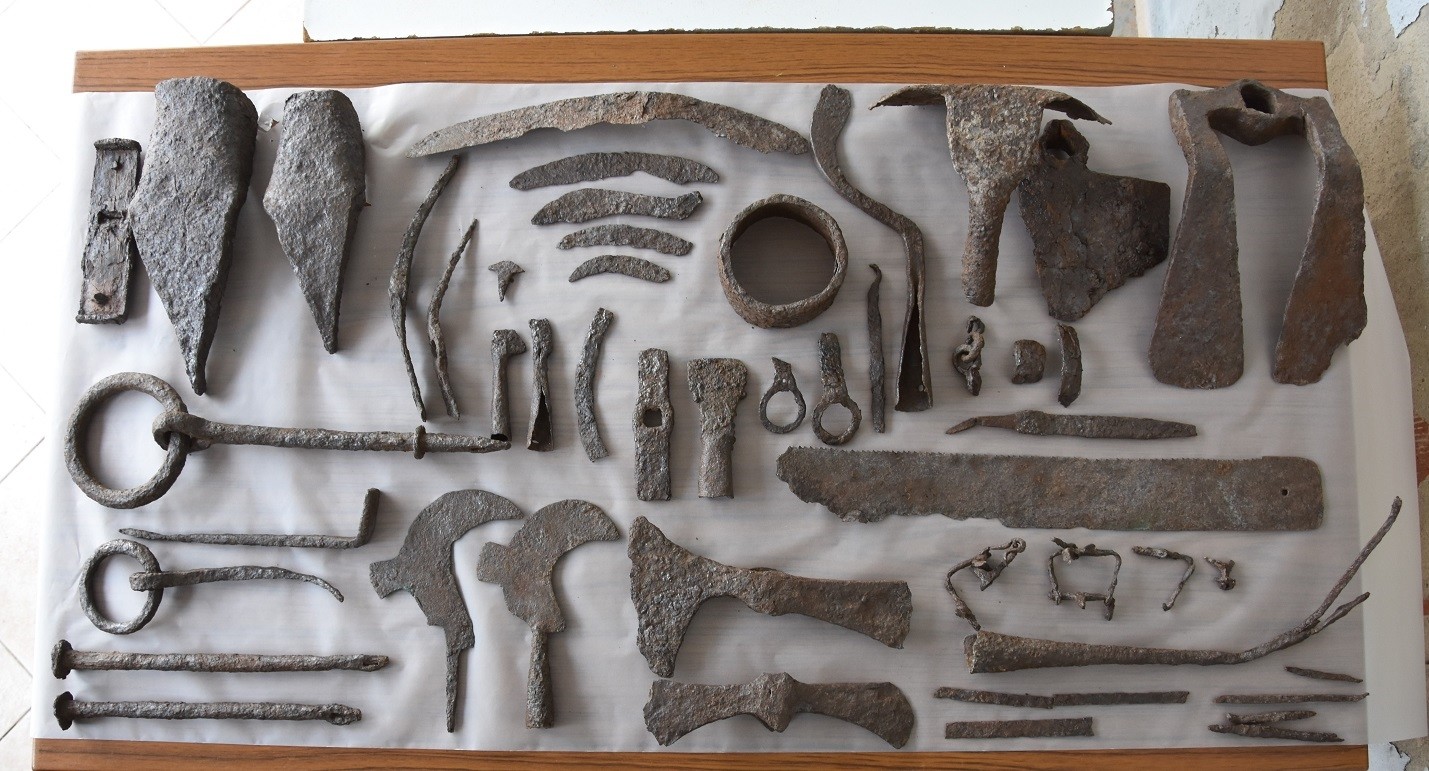 Agricultural and carpentry tools found in Alexandria Troas.
by Anadolu Agency Oct 15, 2018 12:00 am

Scientists have found 1,500-year old agricultural and carpentry tools in Alexandria Troas ancient city in northwestern Turkey, according to a local authority.

Ancient tools from the Iron Age and Bronze Age were found during an excavation that began in 2011, led by Dr. Erhan Oztepe, an instructor in Ankara University's Archaeology Department and the head of the Alexandria Troas Excavation, said a statement from the Provincial Directorate of Culture and Tourism in Canakkale.

The Alexandria Troas region is located in Dalyan village of Ezine district.

Oztepe said it is the most interesting finding of 2018. "Iron and Bronze [Age] agricultural and carpentry tools show us the economy of the ancient city and farming activities in the Alexandria Troas and nearby regions of the Early Byzantine period," he said.

Kemal Dokuz, the head of Provincial Directorate of Culture and Tourism, highlighted the importance of the ancient site for tourism. "St. Paul stayed in this city and this place is as important as Ephesus to the Christian world. The Ministry of Culture and Tourism has spent $1 million [$170,165] on Alexandria Troas excavations within the last 5 years," he added.