Kurul Castle to be promoted in Ordu's Hidden History 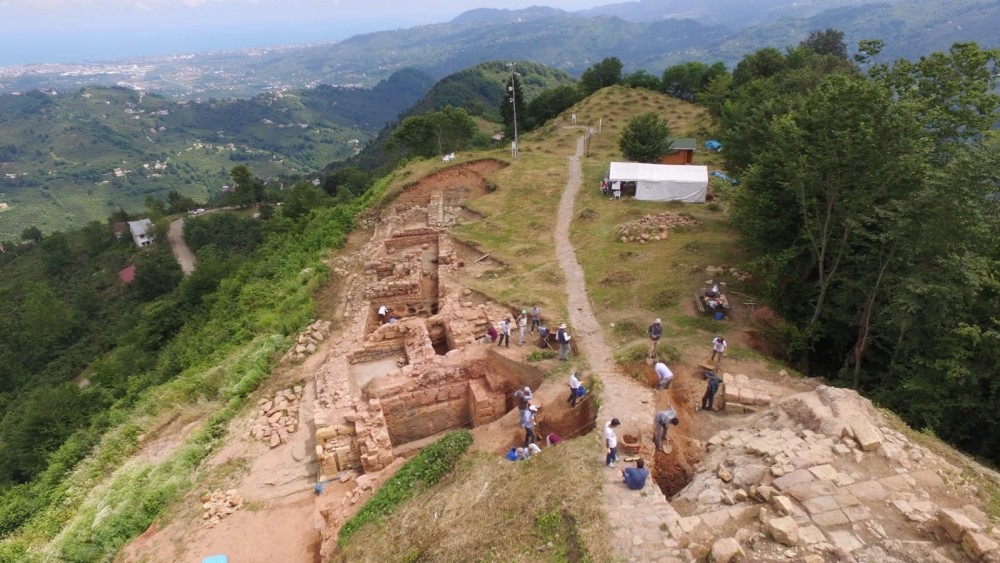 Kurul Castle dates back to 2,300 years ago and is the first scientific archaeological excavation area in the eastern Black Sea region.
by Anadolu Agency Oct 17, 2018 12:00 am

The archaeological excavation site at Ordu's Kurul Castle will be introduced to visitors with the ‘Kurul, Ordu's Hidden History' photography and inventory exhibition

Photos and discoveries found at the 2,300-year-old archaeological excavation site of Ordu's Kurul Castle, the first scientific site of its kind in the eastern Black Sea region, are now on display for visitors. The photography and inventory exhibition "Kurul, Ordu's Hidden History" recently opened at Ordu Metropolitan Municipality Art Gallery.

Speaking at the gallery, Ordu provence's deputy governor, Turgut Subaşı, said they will sustain the history of Ordu with the work being conducted.

Subaşı expressed his thanks to those who devoted their time and contributed to the transfer of history to the next generation. "Ordu is an important city in terms of history and culture. We hope similar work will be conducted in Cıngırt and Ünye Castle and that the hidden history of these places will be revealed. We, as the Ordu Governorship, support the work being conducted," he said.

Ordu Mayor Engin Tekintaş also reiterated that the important work in Kurul Castle started in 2010 with the support of the Culture Ministry.

He remarked that the site transports us back to an ancient era when we look at the items that have been unearthed during the excavations. "It feels like many items are still waiting to be uncovered. We are presenting this exhibition to quell the rumors that people have heard about the findings for eight years but haven't seen them. There is also an archaeological museum. This museum will be an environment where beautiful works will be on display." 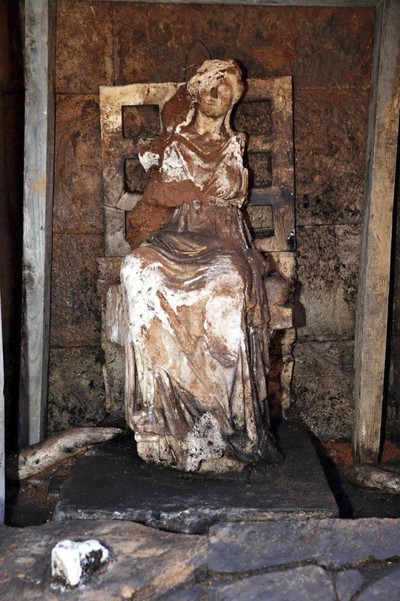 A 2,100-year-old Cybele statue, which is 110 centimeters in height and 200 kilograms in weight was found in the area two years ago.

Implying that they want to build a substructure that will contribute to the economic structure of the city, tourism, culture and history, Tekintaş stated: "We want to conduct our work to reveal the historical pattern in all districts and to introduce it in the international arena. As the metropolitan municipality, we will present the necessary support to carry the past to the present."

Şenyurt noted that the castle has become well known both for tourists and academics in the last five years thanks to the excavations. "We were more decisive in introducing Ordu to the world in 2016 with the support of the metropolitan municipality. We have had the financial and spiritual support of the municipality to date. We conduct research after determining each aspect of the cultural heritage of Ordu. In this context, we have started conducting surface surveys in Meletbasin," he continued.

Open until Nov. 12, the exhibition showcases 76 photos take over the years at the excavations, a model of the castle and a replica of the statue of Cybele.

An ancient settlement and first-degree archaeological and natural protected area, Kurul Castle is located in the neighborhood of Bayadı, which is 13 kilometers from the city's center. The excavation work at the castle, which is situated on a sharp rock, started in 2010 under the presidency of Ordu Museum Directorate with the participation of Şenyurt. Founded at the excavations in the castle two years ago, the 2,100-year-old statue of Cybele, which is 110 centimeters in height and 200 kilograms in weight, and three other figures were uncovered this year.