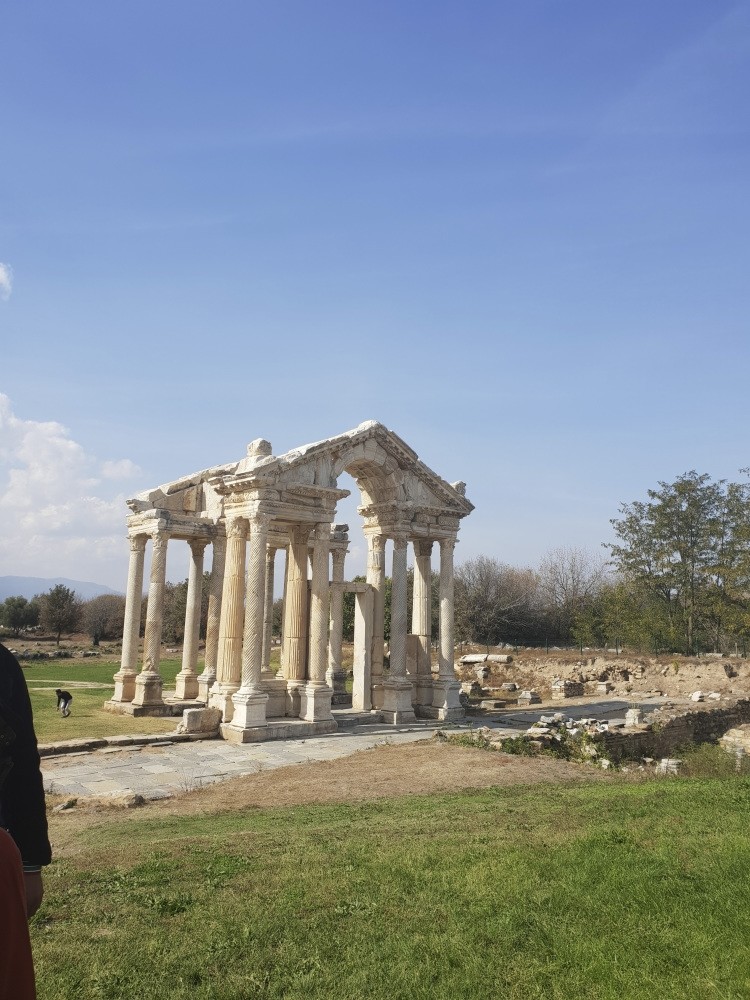 The ambassadors of EU member states in Ankara and the EU delegation head Christian Berger are participating in a four day visit to western provinces of İzmir and Aydın, discovering the culture and traditions of the region.

The EU ambassadors and their spouses started their visit on Saturday with a tour to Ephesus in Izmir accompanied by Sabine Landstatter, Ephesus head of excavations.

On Sunday, the delegation headed to Aydın and was welcomed by the governor of Aydın, Yavuz Selim Köşger who gave information about the province stressed, "Aydın was a favorable center for many civilizations throughout the history as it has a mild climate and fertile soil."

The governor also underlined that Aydın province has great potential and is expecting more cooperation with EU to take further steps in fields of agriculture and tourism.

Köşger stressed that tourism is an essential activity in the province. "We have the largest capacity in terms of geo thermals in Europe," the governor higlighted.

Touching on the Turkish-EU ties, Köşger stated, "Next year it will be sixty years since we first applied to EU membership. We hope that the new process will result in full membership." In Aydın, the ambassadors also visited Çakırbeyli village which was the birth place of Adnan Menderes.

Menderes was Turkey's 9th prime minister, who was executed following a bloody coup in 1960, which came to symbolize a dark period in Turkish history.

In the village, the ambassadors watched traditional dance of Zeybeks at the Yörük Efe Cultural Association and met with the local people. The delegation also spent time in the organic bazaar tasting famous fig and olives produced in the province of Aydın.

"It was a memorable trip. Today we commemorate Ara Güler, who died a few days ago. I think it indicates how important it is to show the images of beautiful Turkey," said Berger, who took a tour of the ancient city along with Aydın Governor Yavuz Selim Köşger.

"Through him, we saw the beauty of Turkey," Berger said, adding that the late photographer's work had a huge impact on European tourists.

The Aydın governor thanked the EU ambassadors for their meaningful visit and their efforts to promote the city. He said: "2018 was Aphrodisias' year in Turkey and it is now a UNESCO World Heritage site."

Ara Güler came to the city for the opening of a dam in 1958. While returning from the town of Geyre in Karacasu, he got lost. He entered a village and saw that the some of the buildings there featured works dating back to the Roman period. After Güler photographed the site, excavations began and the ancient city of Aphrodisias came to light. Today the ancient city hosts a high number of local and foreign tourists.