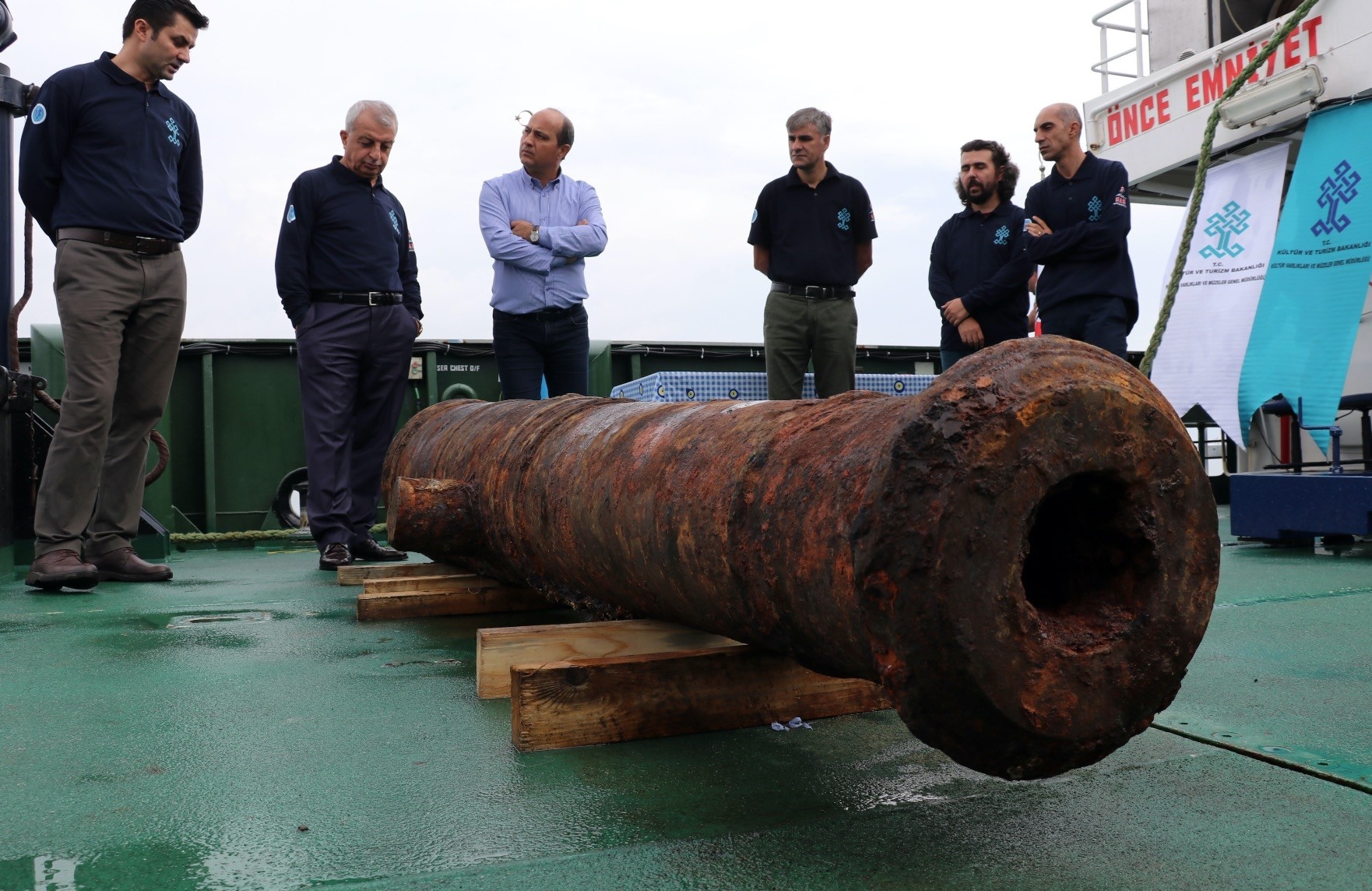 The remains of an 18th-century Russian warship were discovered off the coast of Didim, a Turkish town on the Aegean shore, officials told reporters yesterday.

A 2.5-ton cannon and kitchen utensils found aboard the ship were shown to press aboard the Marmara Research Vessel, which was used for the discovery made by maritime archaeologists. The discovery also marks the first time that a scientific exploration in Turkey was conducted at a depth of 65 meters.

Harun Özdaş, an associate professor from Dokuz Eylül University who led the team of explorers, said they used the research vessel to facilitate the exploration of the site, though such vessels are rarely used for archaeological work, and robotics systems to examine the shipwreck. He then showed reporters a 2.95-meter-long cannon found in the wreckage. "It bears the coat of arms of a Russian monarch and yet-to-deciphered Cyrillic writing. It was an exciting find for us. Apart from this one, we found some 30 cannons, cannonballs, pieces of munitions and kitchen utensils scattered in an area that extends some 1,200 square meters," Özdaş stated.

The copper-bottom wooden vessel has yet to be identified. The Aegean Sea was the scene of a battle between Russian and Ottoman navies in 1770 off the coast of Çeşme, a town some 238 kilometers north of Didim. A Russian warship is known to have been burned and later sank after it collided with an Ottoman naval vessel shortly before the battle.