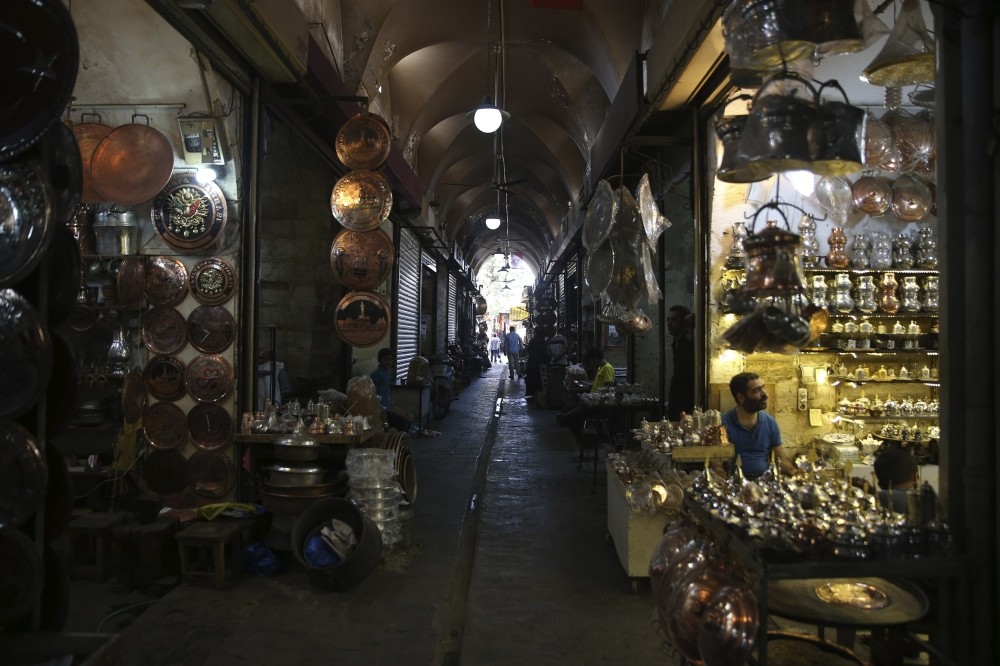 The two-story inn was constructed with Urfau2019s famous cut stone, and the water of Balu0131klu0131gu00f6l, which is said to be the place where Abraham was born and thrown into the fire, flows from its yard.
by Anadolu Agency Oct 25, 2018 12:00 am

The historical Gümrük Inn, which was built in Şanlıurfa during Ottoman Sultan Suleiman I's rule, has sustained its liveliness for centuries and presents an authentic atmosphere to its visitors

Şanlıurfa province's historical Gümrük Inn, which was erected during the period of Sultan Suleiman I, better known in the West as Suleiman the Magnificent, sustains its liveliness today and draws the attention of local and foreign tourists.

It was built in 1563 by Halhallı Behram Pasha, the sanjak bey of Urfa. The inn is located at Haşimiye square around the historic site of Balıklıgöl (Fish Lake) in one of Turkey's most historic cities that is known for its cultural diversity. Moreover, the building is mentioned as Yetmiş Inn in Evliya Çelebi's "Seyahatnama" (Book of Travels).

The two-story inn was constructed with Urfa's famous cut stone, and the water of Balıklıgöl, which is narrated as the place where Abraham was born and thrown into the fire, flows from its yard. It was one of the prominent places where commercial activities were performed in the Ottoman period. 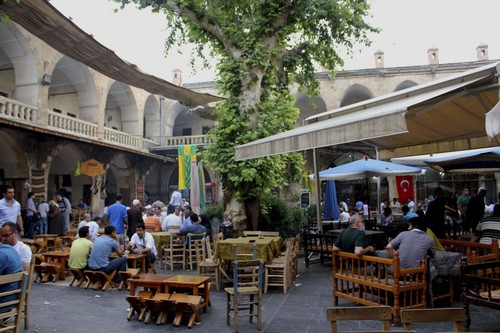 Tea houses are found on the ground floor off the inn. It is nearly impossible to find a seat in the teahouses, especially on weekends.

The Şanlıurfa Foundation for Culture, Art, Education and Research (ŞURKAV) restored the inn in 2001 to transfer it to the next generations. It has been sustaining its functionality for five centuries.

Described as "Alaca Inn" in some sources, Gümrük Inn is shown as one of the most beautiful and monumental architectural examples in the city.

You can tailors on the upper floor while prayer bead shops and tea houses are found on the ground floor. It is nearly impossible to find a seat in the teahouses, especially on weekends.

Recently, prayer bead collectors have been exhibiting their precious works.

Speaking to Anadolu Agency (AA), Harran University Faculty of Science and Letters History Department Head Abdullah Ekinci said that most of the inns in the city still continue their commercial functions even today.

Noting that some of the inns are personal property, Ekinci stressed that some unconscious restorations cause the originality of historic structures to be destroyed sometimes. 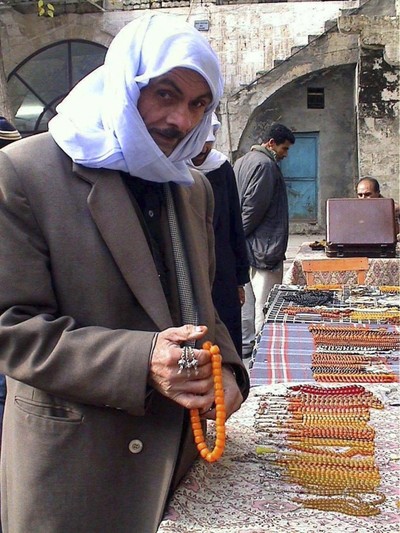 Recently, prayer bead collectors have been exhibiting their precious works in the inn.

"Gümrük Inn is situated in Haşimiye Square. It is adjacent with the covered bazaar on the south side and with Sipahi Bazaar on the west side. While Arasa Bathhouse is on the south side, İsotçu Bazaar Street is on the east side. Throughout the south side of the construction, the covered bazaar lies. In the middle of the east side, an effused entrance iwan which is higher than the side and mosque front take place. According to the epitaph with six lines on the iwan gate, the building was built by Behram Pasha in 1563. The epitaph, written in Ottoman letters, is translated as, 'Behram Pasha, the helpless servant of Sultan Suleiman, the shah of shahs, made this inn built so that people could visit and be happy.' Today, Gümrük Inn is one of the most important sociocultural places of the city beyond its historical identity. The inn has always attracted the attention of local and foreign tourists. Its architectural pattern is a symbol of Urfa architecture. In the heart of the region of inns in Şanlıurfa, the inn is the unnamed cultural center of the city," he continued.

'We should appreciate such places'

Sezai Karakapıcı, 76, a fourth-generation master tailor, remarked that the historical building is among the most important cultural entities of Şanlıurfa.

He said visitor from many other cities, such as Damascus, Baghdad and Aleppo, come for trade at the inn which was built as a caravanserai in the past.

"They left their horses to Sipahi Bazaar and stayed in the caravanserai. This is the oldest inn in Şanlıurfa. Everyone who visited the city stayed here in the past. The roof was built later. Previously, it was made out of the earth. I have been here for 60 years. My father was here before me. That is, we have a 150-year history here as four generations. We worked as 15 people in this shop. Now, I am the only one who works. We need to appreciate such places as their number is really low in Turkey."

Mustafa Akra, a tea seller at the inn, added that the place is always crowded year round and they have a hard time keeping up with demand, especially on weekends.