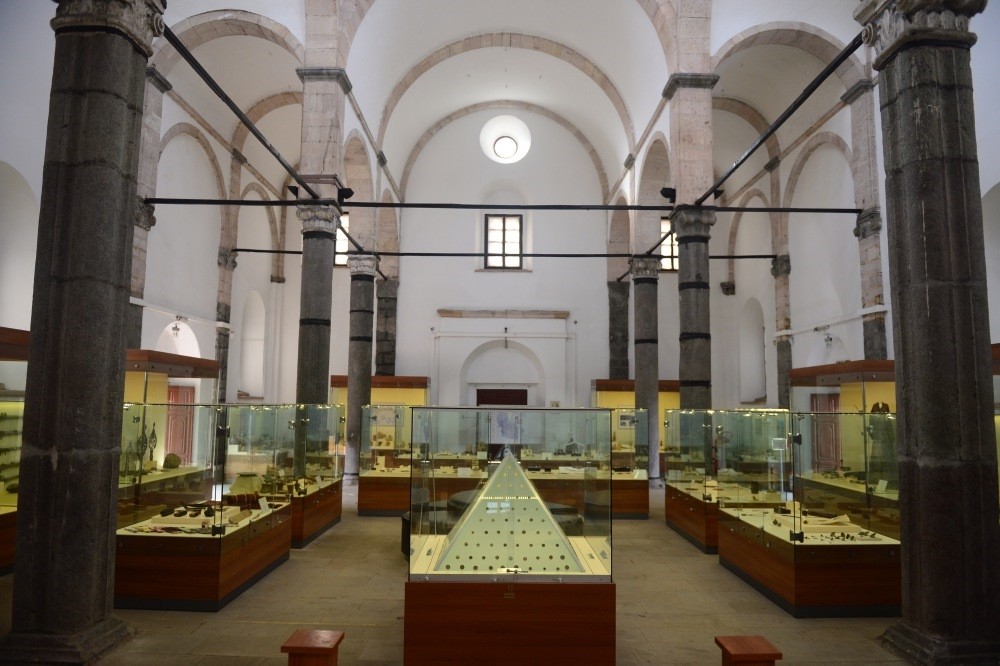 A building built by Greeks in Giresun has been used as a church, a prison and most recently a museum; the Giresun Museum is home to many ancient artifacts found during excavations around the region

An old building, which was used as a church and prison in the past, has been home to the Giresun Museum for the last 30 years.

Built by the Greeks in Giresun in the 1850s, the church was used as a prison for 20 years after the population exchange between Turkey and Greece, it now serves as a museum.

The museum features works from many civilizations, from the Hittites to the Phrygians, from the Seljuks to the Ottomans. 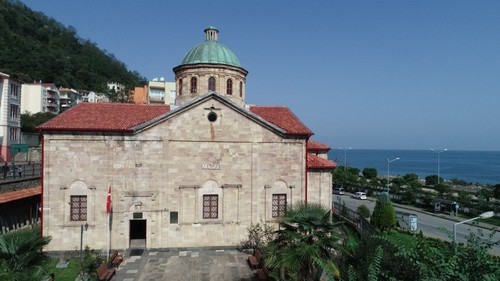 Built by the Greeks in Giresun in the 1850s, the church was used as a prison for 20 years after the population exchange between Turkey and Greece. It now serves as a museum.

Museum manager Hulusi Güleç spoke to Anadolu Agency (AA) and noted that the building was a church built between 1850-1860.

The church served the Greeks living on Giresun until 1924, going into neglect and suffering from damages the building was put into use as a prison in 1948. It served as a prison from 1948 to 1967 and then remained empty till 1982.

In face of the danger of demolition, restoration work began in 1982 to rescue the old building. In 1988 it re-opened as a museum.

Güleç said that there are more than 12,000 works in the museum from other cities of the Black Sea region.

"The works ranging from the Bronze Age from 3,000 B.C. to the Ottoman times and also belong to the Hittite, Romans, Phrygians, Byzantine period, there are also Urartu and Seljuk works," said Güleç.

Güleç noted that the number of works displayed at the museum are around 2,000 although 12,000 works are available but cannot be displayed due to lack of display space. "We sometimes circulate the works on display," added Güleç.

Noting that there are more than 9,000 coins belonging to the Romans, Byzantine, Ottomans and Seljuk times, Güleç said that the Giresun Museum is the richest museum of the Eastern Black Sea region in terms of coins.

A showcase for Giresun Island

Güleç further stated that much of the items displayed at the museum were found in excavations around and on the island of Giresun. "We have been carrying out archaeological excavations here since 2011. We excavated a temple, a church and a chapel as a result and found cultural assets," added Güleç.

Güleş said that there were bronze works, wood carvings, coins and many mosaics of the time found.

Many of the works were brought by citizens while some of them were also heirlooms.

The museum is part of a wider complex that attracts visitor interest. "The church, a historical building called the house of the priest, two cellars behind it and two fountains are present in this complex. The cellars attract attention. The church has two cellars restored and opened to visitors in 1992. We display some of the valuable works in the cellar as well. There are amphorae from the sea, stone artifacts and plastic architectural pieces."

Güleç added that the number of visitors to the museum in recent years have increased, one of the reasons being that entry to the museum is free of charge.