Ancient Black Sea monastery to be renovated and protected 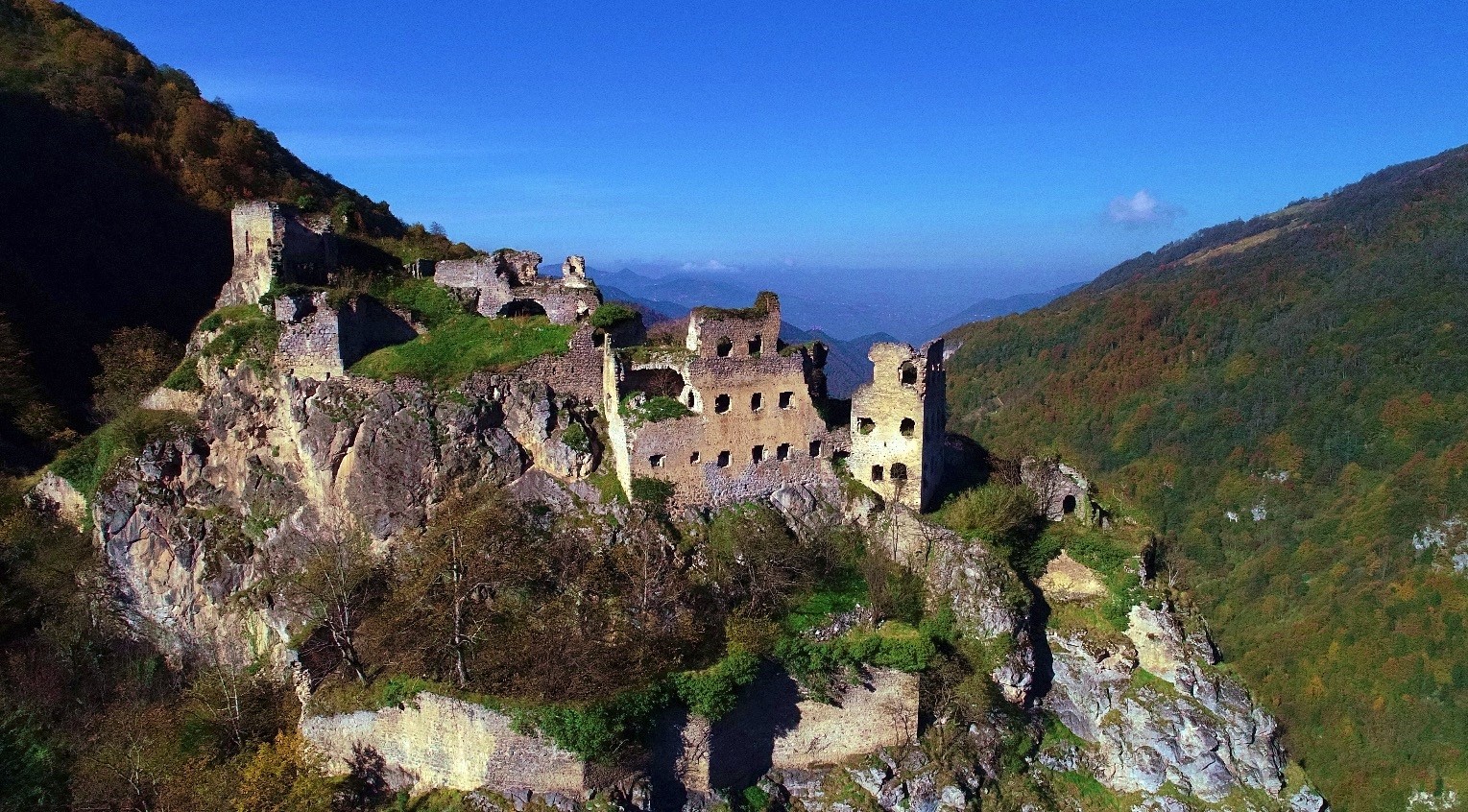 Known to have been subjected to several restorations and extensions over the centuries, the Kuu015ftul Monastery now consists of its main structure and ruined walls.
by Anadolu Agency
Nov 07, 2018 12:00 am

Thought to have been built in the mid-eighth century near Trabzon's Maçka district and located on a cliff overlooking the valley, Kuştul Monastery draws thousands of visitors very year

Located in Şimşirli, nearly 32 kilometers from Trabzon's Maçka district, Kuştul Monastery has officially been registered as memorial monument thanks to Maçka Municipality's application to Trabzon General Directorate of Cultural and Natural Heritage.

Kuştul Monastery is situated hundreds of meters up on a cliff that boasts spectacular views of the entire valley. Known to have been subjected to several restorations and extensions over the centuries, the monastery now consists of its main structure and ruined walls. Evacuated in 1923, during a population exchange, the monument also has many passages that lead to the sea. The monastery consists of 72 rooms and one entrance and is accessible through three paths that have been used by locals for centuries. Today, the most popular path to reach to the monastery is the shortest, stretching 1.5 kilometers. On the path that runs through the forest, visitors have the chance to check out rock tombs, church remnants and fountains on their way to the five-story monastery. Although it is far from the shore, the fifth floor of the monument offers a view of the sea. Visitors can reach the building by climbing 72-steps, a section of which had collapsed at one time.

Maçka Mayor Koray Koçhan spoke to Anadolu Agency (AA) and said that in the past, Maçka was a district where people from different religions lived together in peace. 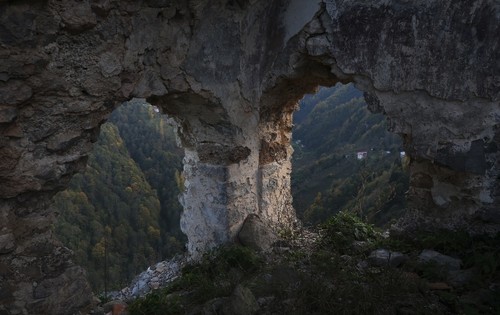 Evacuated in 1923, during a population exchange, the monument has many still-standing passages.

"By looking at historical records and maps, it is known that Maçka has five monasteries; three of which are grand monasteries. Sümela, Vazelon and Kuştul are the known ones. Studies on the other two possible monasteries, locations of which aren't exactly known, go on," he added.

Sümela, Vazelon and Kuştul are located in three different valleys. No matter how far away they seem from each other, they are all actually connected by paths.

Old records show that Kuştul Monastery opened in the year 773. Serving more than four centuries, the monastery was looted and burned due to the sectarian conflict Christianity experienced in 1204.

Remaining closed for two centuries until 1393, the monastery was reopened after restoration and went into service again in the early 1500s. A neighbor to the many churches around it, Kuştul Monastery was severely damaged in a fire that broke out in 1904. In the aftermath, the monument ceased being a monastery, and the region was abandoned.

It is believed that in the mountain that hosts the monastery is also home to many sacred springs and caves.

Stating that ownership of Kuştul Monastery was transferred to the municipality on the condition that its environmental planning and protection would be conducted and that it would be given back whenever requested, Koçhan said, "We conducted a project prepared in accordance with information and images from various records to undercover the original version of the building."

Noting that they will clean both the inside and outside of the monastery, install railings and try to make the paths more accessible, Koçhan said: "We will install railings in the required spots without damaging any of the stones. We have a beautiful garden with walnut trees on the bottom floor. We will also enclose the garden with a fence. What's more, thanks to five flights of stairs, the garden will be accessible. All the work is expected to be finished by June or July 2019."