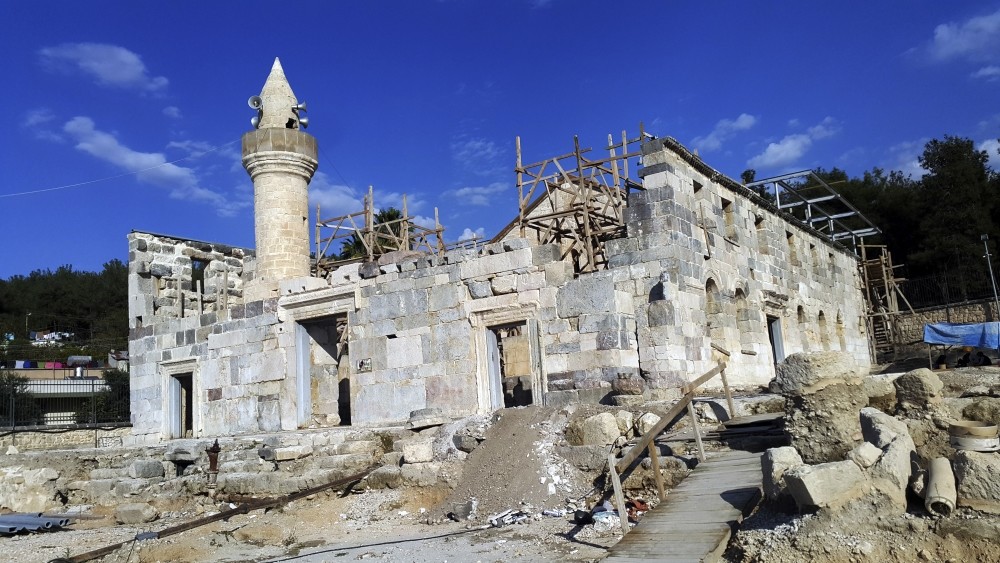 In the Kadirli district of Osmaniye province, mosaics nearly a millennium old have been uncovered during the restoration of the ancient Ala Mosque. The mosque, which has been closed to worship since 1924, was built as a monastery 1,800 years ago during the time of the Roman Empire and then transformed into a church later. It was turned into a mosque by the Beylik of Dulkadir.

Starting last year, restoration work continues at the mosque, which is called the Hagia Sophia of Çukurova.

In a statement, the Culture and Tourism Provincial Director Burhan Torun said that the mosque has a special importance for Anatolian history.

"Built as a monastery during the Roman period, Ala Mosque served as a church in the Byzantine period and as a mosque in the Beylik of Dulkadir period. In the restoration work that is continuing around the mosque, the mosaics reflect the three periods and mosaic areas are beyond our expectations. We will reveal them with diligent work," he added.

The director said that the mosaics will be covered with glass to protect them and open to visitors along with other historical works. Once the restoration is fully complete it will also be opened to worship. The Justice and Development Party's (AK Party) Osmaniye deputy Mücahit Durmuşoğlu explained that the mosque's opening will contribute to the promotion of the Kadirli district, Osmaniye province and the region.

"We have come to the end of the restoration in the historical Ala Mosque, which brings to light the history of many civilizations. I hope it will be a great attraction center in the region when completed. Our mosque, the cradle of civilization, will be a tourism attraction at a national and international level. I would like to thank the team that has conducted this meticulous work," he said.