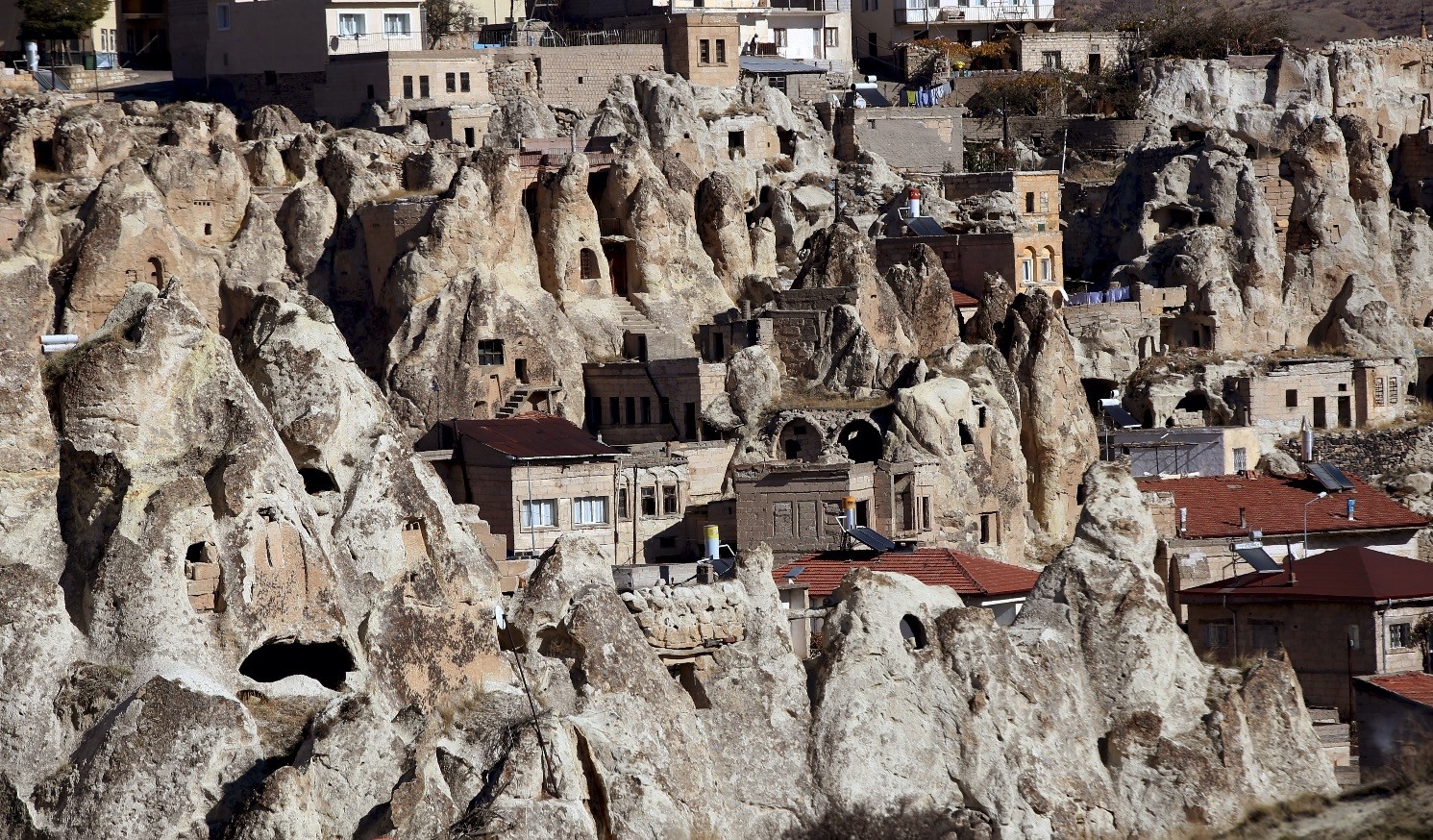 Formed over thousands of years, the fairy chimneys of Nevşehir lend a mystic atmosphere to a land enriched by the centuries-old traditions of the locals.Being home to numerous civilizations throughout history, including Romans, Byzantines, Seljuks and Ottomans, Nevşehir's town of Nar is currently home to a little more than 4,000 people.

The locals are still carrying out the traditions and lifestyles of their ancestors, living in the rock-carved houses that fit in perfectly with the magical surroundings of the land.The traditional houses were built many years ago into the hills that surround the fairy chimneys. The houses are handed down from grandfathers to their grandchildren, upgrading the place with each generation. Composed of joint rooms, the houses are known to stay cool during hot summer days and conserve heat during cold winter nights. The owners of the houses still gather around a heater and tell each other stories, just like their ancestors once did in the same rock-carved rooms.

Forty-year-old Hüseyin Kurnaz is one of the residents of the town of Nar, where the rock-carved homes are situated. For Kurnaz, living in the rock houses is a way to keep the tradition of their ancestors alive. Although millions of tourists come to the region every year, Kurnaz said living among the fairy chimneys gives him peace.

"The town of Nar was one of the first residential areas in the region. We enjoy following the same path as our ancestors. Living in tall apartments cannot be compared to living in these beautiful rock houses. People travel from the far ends of the Earth just to see the fairy chimneys, but the fantastic part is we are living right next to them," said Kurnaz.

While those living in these magical houses are happy with their lives, those who live in towns or big cities miss every aspect of their former lives.

Tunar Çalışkan, 38, had to leave Nar for work. Although he no longer lives there, every weekend Çalışkan drives to the town and spends some time among the fairy chimneys.

"The town seems like an isolated place away from modern life but in fact, Nar is very close to the city center. I believe it is all about the atmosphere here. This place was home to many civilizations before us, and we are living next to their heritage. This place still manages to mesmerize me every time I walk its streets."