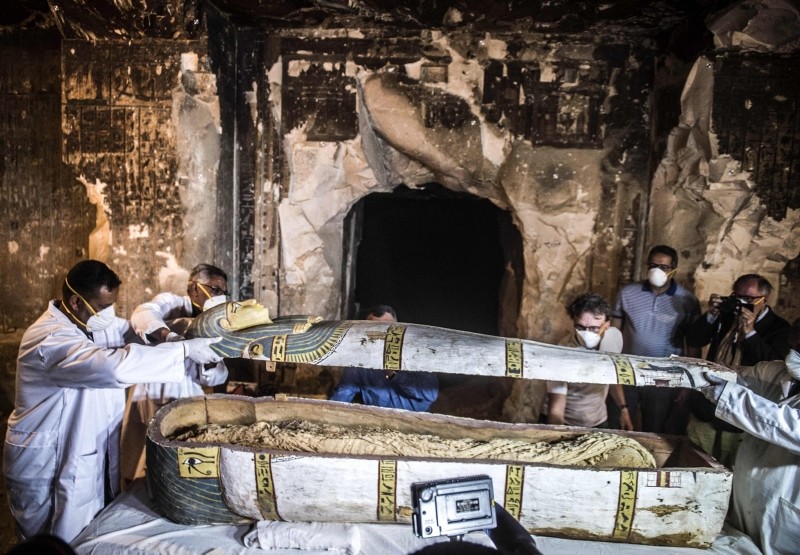 Egyptian authorities on Saturday unveiled a well-preserved mummy of a woman inside a previously unopened coffin in Luxor in southern Egypt dating back to more than 3,000 years.

The sarcophagus, an ancient coffin, was one of two found earlier this month by a French-led mission in the northern area of El-Asasef, a necropolis on the western bank of the Nile. The first one had been opened earlier and examined by Egyptian antiquities officials.

"One sarcophagus was rishi-style, which dates back to the 17th dynasty, while the other sarcophagus was from the 18th dynasty," Minister of Antiquities Khaled Al Anani said. "The two tombs were present with their mummies inside." 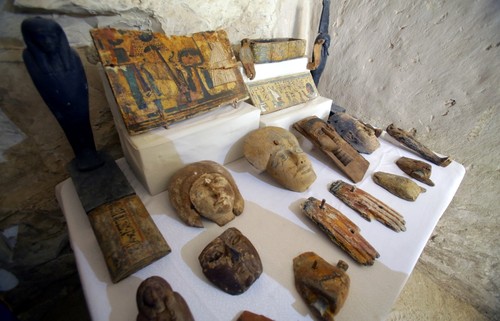 The Eighteenth Dynasty dates back to the 13th century BC, a period noted for some of the most well known Pharaohs, including Tutankhamen and Ramses II.

It was the first known time that authorities had opened a previously unopened sarcophagus before international media.

Earlier in the day, authorities also revealed in the same area the tomb of the overseer of the mummification shrine identified as Thaw-Irkhet-if.

The tomb contained five colored masks and some 1,000 Ushabti statutes - the miniature figurine of servants to serve the dead in the afterlife.

Three-hundred meters of rubble were removed over five months to uncover the tomb, which contained colored ceiling paintings depicting the owner and his family. 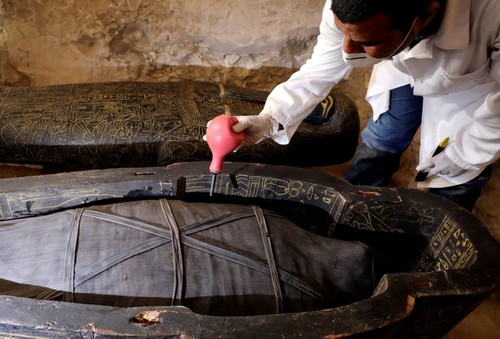 The tomb, which also contains mummies, skeletons and skulls, dates back to the middle-kingdom almost 4,000 years ago, but was reused during the late period.

Egypt has revealed over a dozen ancient discoveries since the beginning of this year.

The country hopes these discoveries will brighten its image abroad and revive interest among travelers who once flocked to its iconic pharaonic temples and pyramids but who have shunned the country since its 2011 political uprising.