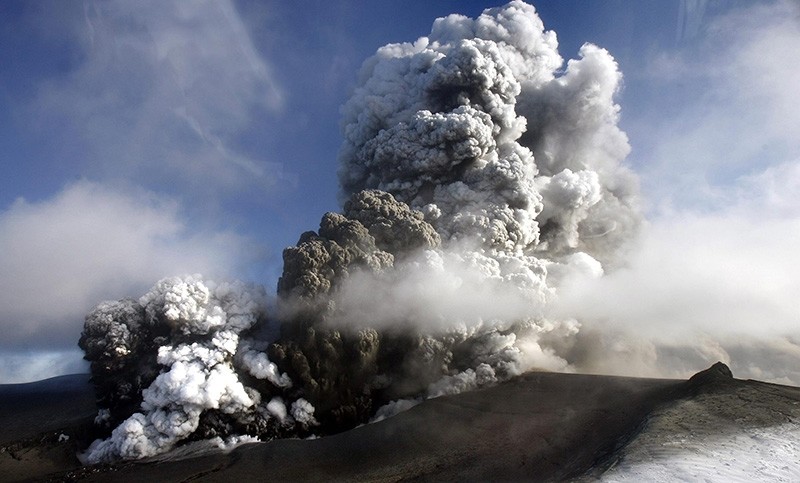 Those who think the political and environmental state of the world is worsening to an unprecedented level may be heartened to hear humans have had it a lot worse. In fact, one century that kicked off with a doozy of a year may be the worst ever in human history, a group of researchers has said.

Beginning in the year 536 A.D., humans from China to Peru suffered through the plague, famine, regime change, 18 months of volcanic ash blocking out the sun and a bone-chilling winter followed by a snowy summer.

"It was the beginning of one of the worst periods to be alive, if not the worst year," Harvard historian Michael McCormick, who published the study in the journal Antiquity, told Science Magazine.

McCormick's international team of researchers inadvertently came across their thesis while trying to understand the monetary system change after the collapse of the Western Roman Empire. While searching for silver processing pollution deep in the European Alps, the team found a geological record of natural disasters and climate changes across centuries.

What they found pointed back to a massive event in the year 536 that set off a chain of disasters.

Based on volcanic glass found in the Alps, the team linked a worldwide "volcanic winter" to a massive eruption in Iceland. Prior studies had suggested such an eruption took place in North America, but the latest evidence puts the event much closer to Europe, in part explaining the degree of devastation suffered there.

The eruption and dark clouds of ash caused temperatures to drop by 1.5 degrees Celsius (2.7 degrees Fahrenheit) to 2.5 C (4.5 F) that summer. It also triggered droughts in Peru, summer snows in China and as Gaelic Irish annals recorded, "a failure of bread." A plague broke out in Egyptian port city and spread rapidly. Byzantine historian Procopius wrote about the "dread" brought on by the extended ashy eclipse of the sun.

The ensuing century included the fall of empires and bloody turmoil across Eurasia. A 2016 study in a Natural Geoscience article lists a series of destabilizations: "Spanning most of the Northern Hemisphere, we suggest that this cold phase be considered as an additional environmental factor contributing to the establishment of the Justinian plague, transformation of the eastern Roman Empire and collapse of the Sasanian Empire, movements out of the Asian steppe and Arabian Peninsula, spread of Slavic-speaking peoples and political upheavals in China."

The research team plans to search out more Icelandic volcano particles in European and Icelandic lakes to "tease out why it was so devastating," Science Magazine said.