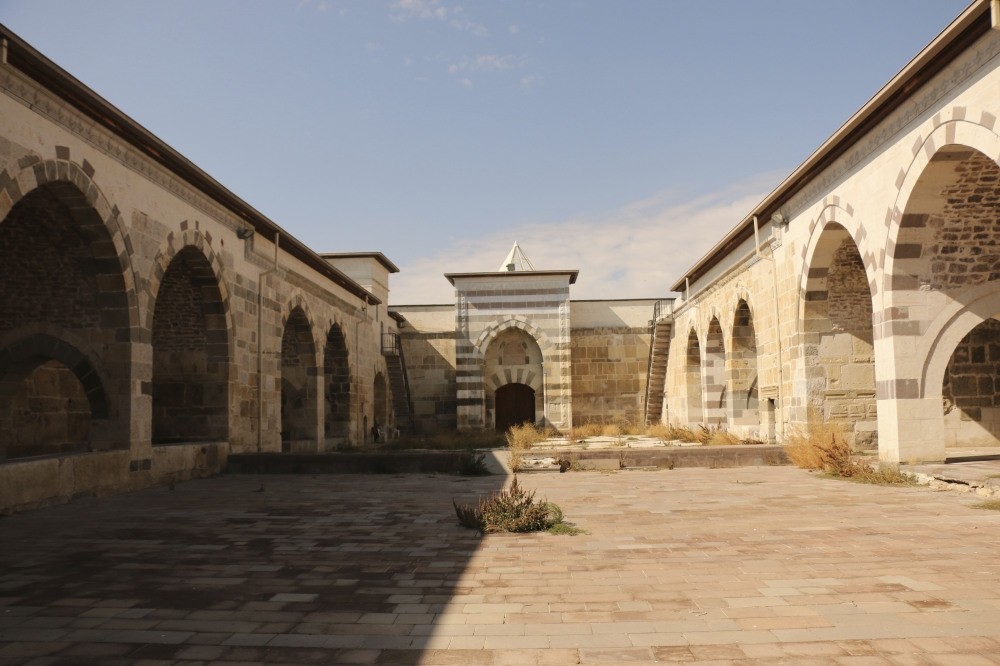 Zazadin Inn, the biggest caravanserai built in Anatolia by the Seljuks, is respected as a symbol of fine architecture and the Turks' appreciation of commerce. Located 22 kilometers from Konya's city center, the gorgeous building awaits visitors

Anatolia is home to hundreds of caravanserais built by the Seljuk Empire. They are one of the most prominent symbols of the Turks' appreciation for commerce, fine architecture, hospitality and social state.

Located in central Anatolia's Konya, Zazadin Inn is one of the greatest examples of caravanserais that functioned as an important accommodation point for passengers and greatly contributed to trade and business. Still standing today, it attracts a lot of attention thanks to its architectural beauty. The inn is known as one of the most beautiful examples of Seljuk-era caravansaries.

Records show that the structure's construction was initiated during the period of Anatolian Seljuk Sultan Kayqubad I in 1235 and it was concluded in 1237, during the time of his son, Kaykhusraw II.

Professor Ali Baş, an academic at Selçuk University's Department of Art History, told Anadolu Agency (AA) that caravansaries were among the most important structures during the Seljuk period. 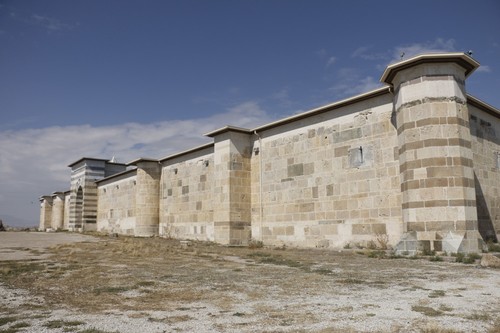 Zazadin Inn is one of the strongest examples of Seljuk architecture in Anatolia.

He noted that the inn was in a state of desolation and disrepair for years up until Selçuklu Municipality initiated restoration work in 2017. "After the restoration, the inn has regained its old magnificence. All the structures we inherited from the past, not just the caravansaries, are our physical cultural artifacts."

Şükrü Dursun, a research fellow at Selçuk University's Department of Art History, is conducting studies on Anatolian Seljuk caravansaries. He said that building caravansaries were of high importance in the Seljuk era.

Many caravansaries were built by the Seljuks, especially during the rule of Kayqubad I. "Zazadin Inn is among the most important structures built during that period. The structure was located on a critical route. The two plaques at the entrance and on the door of the covered section, provide information about the sultan and about the building. It was built by Sadettin Köpek, who was one of the viziers of Anatolian Seljuk Empire and became a popular figure recently with a TV Series, "Resurrection: Ertuğrul." It is also presumed that Sadettin Köpek also worked as the architect. At the time it was built, the structure was called Sadettin Inn. Transforming within time, it started to be called the Zazadin Inn in daily language."

Remnants of Roman and Byzantine periods

Dursun added that the inn served caravans and armies using the route for centuries. It sheds light on the history of Seljuks. "Remains dating back to the Roman and Byzantine period were used in building Zazadin Inn. Many of the walls located at the covered and open sections of the inn bear such traces. The bulk on the crown gate has a small mosque with stairs and is rich in stone dressing. Zazadin Inn is classified among those which has summer and winter sections. The yard has 24 large and small rooms [covered and open], a prayer room, bath, storehouse, warehouse and barns. It stands as an important structure that displays the stone masonry skills of the Seljuks. White and light brown dimension stones can be seen on its walls.