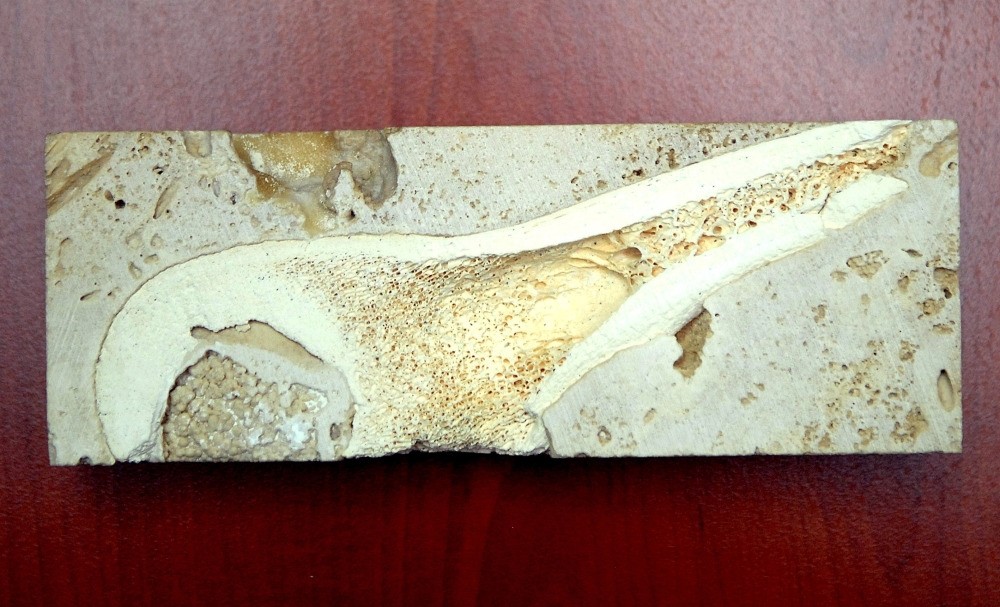 A treasure trove of over a dozen fossilized animals that probably lived 2 million to 9 million years ago has been found in southwestern Turkey.

Turkey's Anatolian peninsula, lying at the crossroads of Europe, Asia and the Middle East, is the final resting place of many pre-historic human remains and fossilized animals that lived through the millennia, according to Ahmet Ihsan Aytek, an anthropologist at Burdur's Mehmet Akif Ersoy University.

Aytek is leading a 14-member team of paleontologists and geologists that started exploring Denizli last year.

"This year has been very productive. We found the fossil remains of 14 different animals in Denizli," Aytek said, adding that these findings are important for shedding light on the history of the region.

He added that the fossils can be broken down into two different eras, firstly the Miocene Epoch - between 5 million and 23 million years ago. The findings include two different species of giraffe. Both are comparatively larger than modern giraffes but lacking the modern long neck. The other specimens include two different rhinos very similar to modern rhinos, two early horses, two hyenas, one of them much larger than the modern species, and an elephant fossil that is morphologically similar to modern-day hippos.

The three other fossils belonged to horned animals, two similar to modern antelopes, and a third as yet unclassified, Aytek said.

"If we look at the life cycle of these fossils, we see that they lived 9 million to 7 million years ago," he explained.

In 2002, geologist Cihat Alçicek found the first early human Homo erectus remains in Turkey - dating back to some 1.2 million years - paving the way for the latest findings, Aytek said. He added that the second era was the Pleistocene, some 2.6 million years ago, when the last of the five documented ice ages occurred. "We have found a horse and fox fossils dating to that era," he said.

"The fox is especially important because it is one of the oldest fossils found in Anatolia. They lived almost 2 million years ago," he said.

"With these findings, I hope that we can gain new insights into the history of human settlements in Anatolia."