Franciscans, who have been living in Bosnia-Herzegovina for more than seven centuries, have a monastery in the capital Sarajevo, and it is one of the most important symbols of the city. Visited by people from different religions, the monastery includes various cultural activities and hosts portraits of Ottoman sultans

The monastery of the Franciscans, who have lived in Bosnia-Herzegovina for more than seven centuries, and The Church of Saint Anthony of Padua in the monastery are among the most important symbols of the city.

The Franciscans, who have witnessed the social and political changes in Bosnia-Herzegovina for centuries, are one of the longest-lived religious communities in the country. 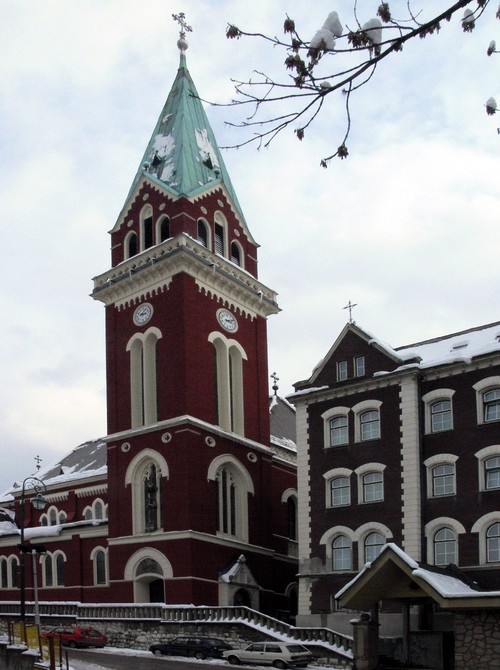 With Mehmed the Conqueror's treaty in 1463 when he conquered Bosnia-Herzegovina, the assets and rights of Franciscans were guaranteed, and they had to leave 700 behind due to the outbreak of the final war in Bosnia in 1990s.

Speaking to Anadolu Agency (AA), Slavko Topic, one of the monks in the monastery, said that the Catholic order of Franciscans believed that Christianity can be nurtured by poverty and existed for more than seven centuries, but they had to leave behind their assets and presence of 700 years due to the war in Bosnia. "They are one of the longest-lived religious communities in these lands," added Topic.

The historic monastery in Sarajevo was once used as a training center, and today, there are other training centers in rural areas where the Franciscans live.

Portraits of Ottoman sultans on display

Topic said that the monastery in Sarajevo was built in 1894 for the needs of the Franciscans in the city."Our presence was increasing in those years. We needed a center for the religious education of young monks," said Topic.

Today, the century-old monastery is home to many cultural activities, and portraits of Ottoman sultans were on display in the art gallery on the first floor.

Topic added that visitors from different religious and ethnic groups visit the monastery, which also has a museum section and that while he was not sure why, people were amazed by the impressive architecture of the monastery.

The Church of Saint Anthony of Padua next to the monastery was built between 1853 and 1856 according to Topic. "It was completely destroyed in the great fire of 1879 in Sarajevo but rebuilt around World War I. It gained its present-day appearance in the 1960s," noted Topic.

He added that with its interior and exterior appearance, the church is almost a work of art and that Franciscans were very responsible for preserving their history.