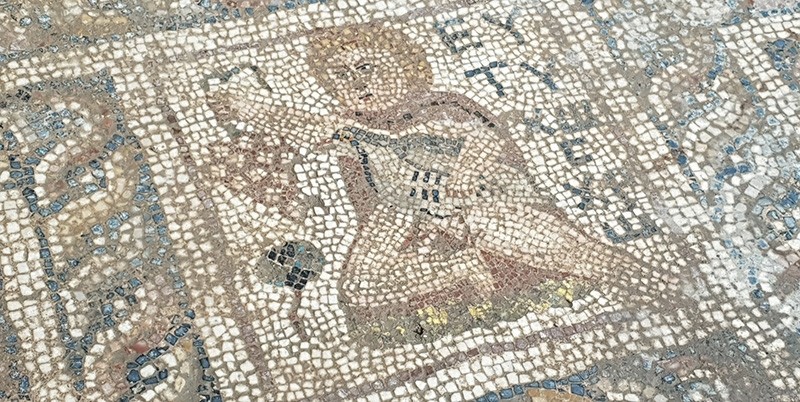 The ancient mosaics, believed to date back to the first century, were discovered during digging in Dere neighborhood of Kadirli district.

"One of the mosaics has a radish on it. It also has a human figure holding grapes and a partridge in his hand. This shows that radishes have been farmed in our region since the first century," said provincial culture and tourism director Burhan Torun.

The construction site has been declared as an archeological site and secured.

"Here we find the mythological characters equivalent to Zeugma. This study will shed light on Kadirli's history. Also we found the first written document regarding Kadirli on those mosaics," Torun added.

The Zeugma excavation site is in the southern Turkish city of Gaziantep.

Meaning "crossing" or "gateway" in ancient Greek, Zeugma was one of the gateways to Mesopotamia, placed on the Euphrates River, and its history can be traced back to the antiquity period.

As a result of Alexander the Great's policy of mixing Greek people with indigenous populations, Zeugma had a symbolic value-it was an allegory of cultural amalgamation.