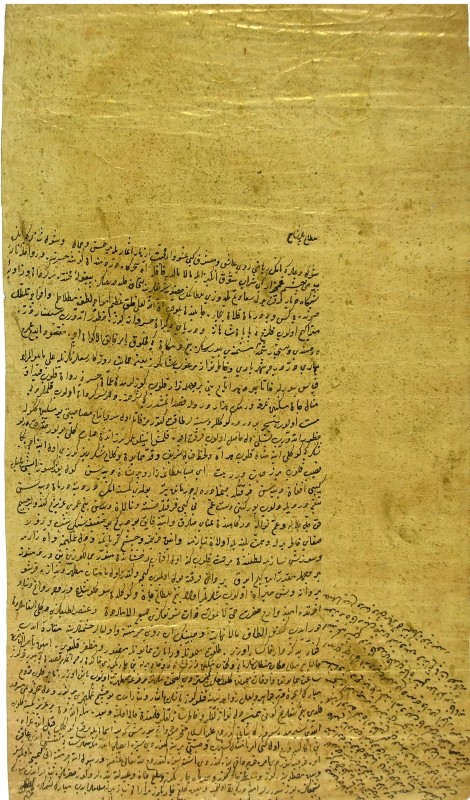 Recently unveiled love letters sent by Hürrem Sultan to Süleyman the Magnificent shed light on the most famous love story of the era.

Archivists call the letters, released by the presidential archives, to be one of the best examples of Turkish poetry and prose in the Ottoman courts, written when Sultan Süleyman was away on the battlefield.

Süleyman is considered by many historians as the most successful Ottoman sultan. His rule from 1520 to 1566 saw bold military campaigns that enlarged the borders of the empire, as well as developments in the fields of law, literature, art and architecture. However, for the romantics, he is known for his phenomenal love story with his wife, Hürrem, who was also his former slave.

"I am lost in this universe created by our Lord. I lived my best years under your protection, like a pearl in your jewel box.

"Please accept this rue from your helpless and miserable slave, suffering in your absence.

"I only find peace next to you. Words and inks would not be enough to tell my happiness and joy, when I am right next to you.

"Memories of the days we spent together, the moments we shared, fill your servant's heart. 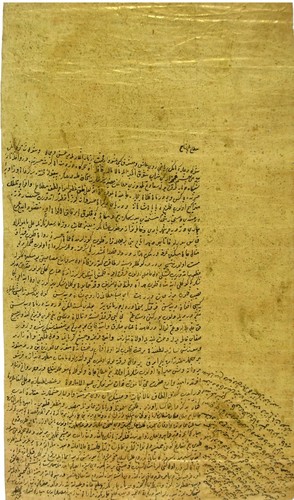 "I console myself with these memories in your absence. I am low when you are away. No one can ease my pain," she wrote in 1526.

She sent her clothes soaked in tears with one of the letters.

"My life, My Lord, My dear Sultan, my only prayer to Allah is to see your beaming face again. No more separation from now on…

"I wish from my Lord that my Sultan, my beloved man, will always be happy in the world and in the hereafter.

"You always gain victories against your enemies. I know very well that my sultan fell for this slave in a twist of fate.

"Wiped away her tears… Made her happy… I chose Islam because of him. That's why, I can only be happy around you. I am sending you one of my clothes soaked with my tears…Please wear it, for me…"

She ends her letter with the words: "I wish nothing but happiness for you, in both worlds. Your poor and lowly slave, Hürrem."

Hürrem came to the royal harem as a 15-year-old slave girl. She attracted Süleyman's attention right away and became his favorite.

Breaking royal protocol, Süleyman made him his legal wife.

It was a norm for Ottoman sultans to abandon a concubine after she bore him a son, so as not to distract her from raising a future sultan.

She rose to become one of the most influential female figures in Ottoman History.