Divers will soon be able to explore submerged Gallipoli battleship 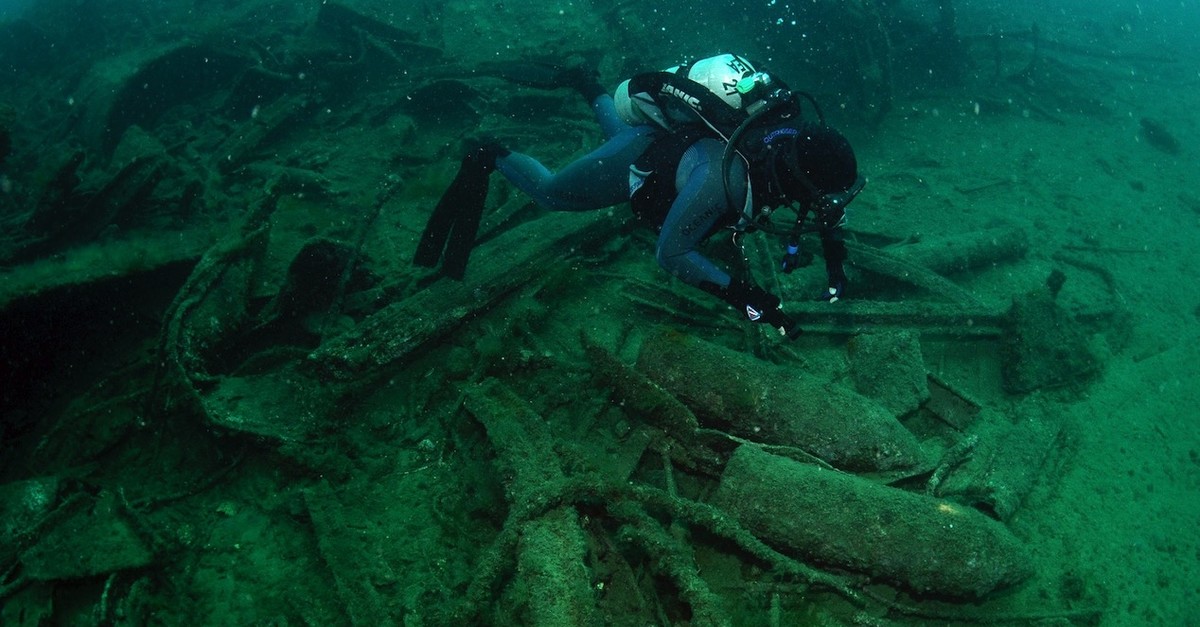 The Department of the Dardanelles Campaign Gallipoli Historical Site has been conducting work to turn the historical site where the legendary Gallipoli Campaign took place into an open-air museum. The department will carry out a significant project within the context of these works.

The HMS Majestic, the battleship that was sunk during the Dardanelles Campaign, will be introduced to diving tourism with the support of the Governorship of Çanakkale and South Marmara Development Agency (GMKA).

The TL 1.5 million of the project, which will cost TL 4.7 million in total, will be financed by the GMKA.

The protocol of the project was signed by İsmail Kaşdemir, the president of the Department of the Dardanelles Campaign Gallipoli Historical Site, and GMKA Deputy Secretary-General Abdullah Güç.

Talking about the project, İsmail Kaşdemir stressed that they closely followed the previous and ongoing works in protected battlefields in different places throughout the world. He reported that the historical site in Çanakkale is the most well-protected area in the world.

Adding that a great step has been taken with this project, the president said that the Gallipoli Campaign will be seen from a new perspective thanks to the joint efforts of all the institutions.

When the ship is opened to diving tourism, the underwater history of the battle will be revealed. The project will make the submerged area appropriate for sportive diving after some scientific works.

About the HMS Majestic

The HMS Majestic was a battleship of the Royal Navy, the U.K.'s naval warfare force. It was commissioned in 1895 and was attached to the Channel Fleet together with the rest of the squadron when World War I broke out. The ship was sent to the Mediterranean for service in the Dardanelles Campaign in early 1915. It participated in bombardments of Turkish forts and supported the Allied landings at Gallipoli. On May 27, 1915, it became the third battleship torpedoed off the Gallipoli peninsula.

Cmdr. Otto Hersing of the German submarine U-21 fired a single torpedo, and it struck the Majestic. With a huge explosion, the ship began to capsize, killing 49 crew members. Its masts hit the sea bottom, and her upturned hull remained visible for many months until it was finally submerged.