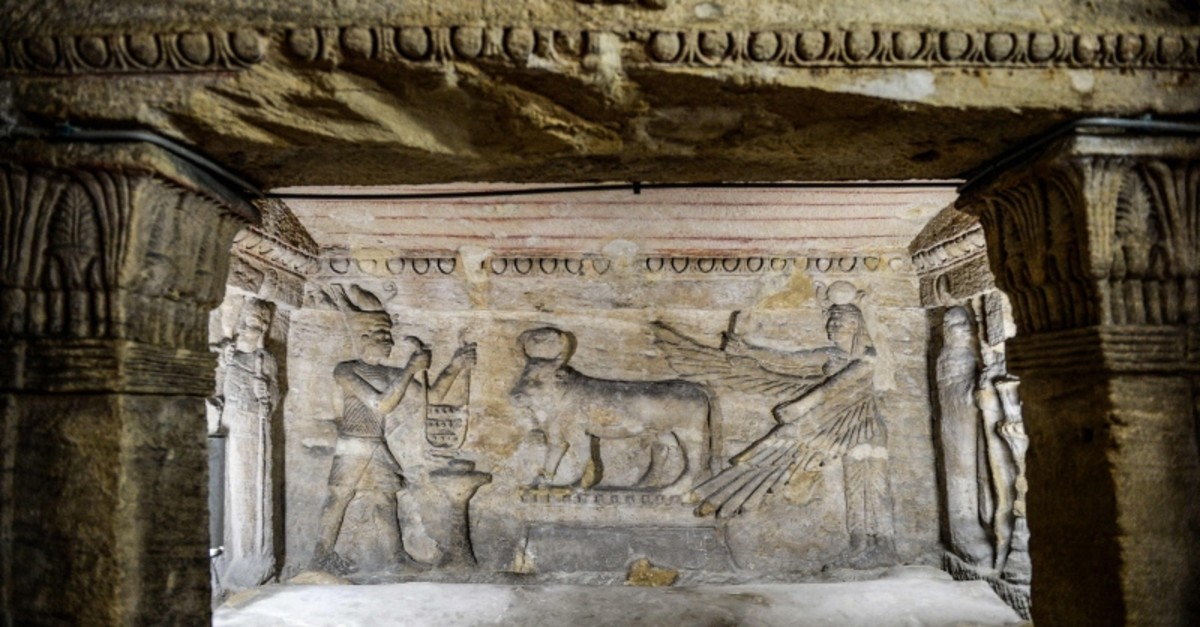 Egypt on Sunday completed a project to restore the catacombs of Kom el-Shuqafa in western Alexandria, which have been prone to groundwater leaks since they were discovered in the first decade of the 20th century.

The restoration, which began in late 2017, was completed using a $5.7 million grant from the U.S. Agency for International Development (USAID). The grant also covered maintenance and training for ministry employees.

The Kom al-Shoqafa location, considered by archaeologists to be the largest Greco-Roman burial site in Egypt, has been threatened by water since its discovery in 1900. 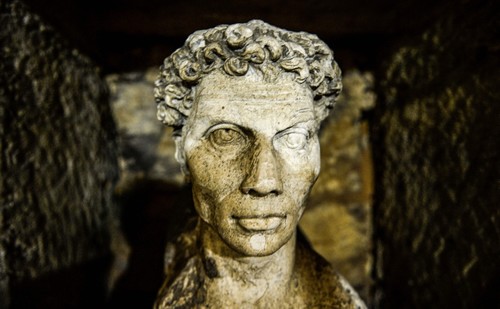 This picture taken on March 3, 2019, shows a view of a statue inside the catacombs of Kom El-Shoqafa (Mound of Shards), dating to the Roman period (1st-4th centuries AD) in the center of the Mediterranean coastal city of Alexandria (AFP Photo)

The catacombs, which were in use from the first to the fourth century AD, are renowned for funerary architecture blending ancient Egyptian, Greek and Roman art.

Antiquities Minister Khaled al-Anani told reporters at the site that the program had helped "end a problem threatening the area for more than 100 years".

Thomas Nichols, an engineer involved in the project, called it "a unique program where we blended archaeology and civil engineering together."

Egypt has in recent years sought to promote archaeological discoveries across the country in a bid to revive tourism hit by the turmoil that followed its 2011 uprising.