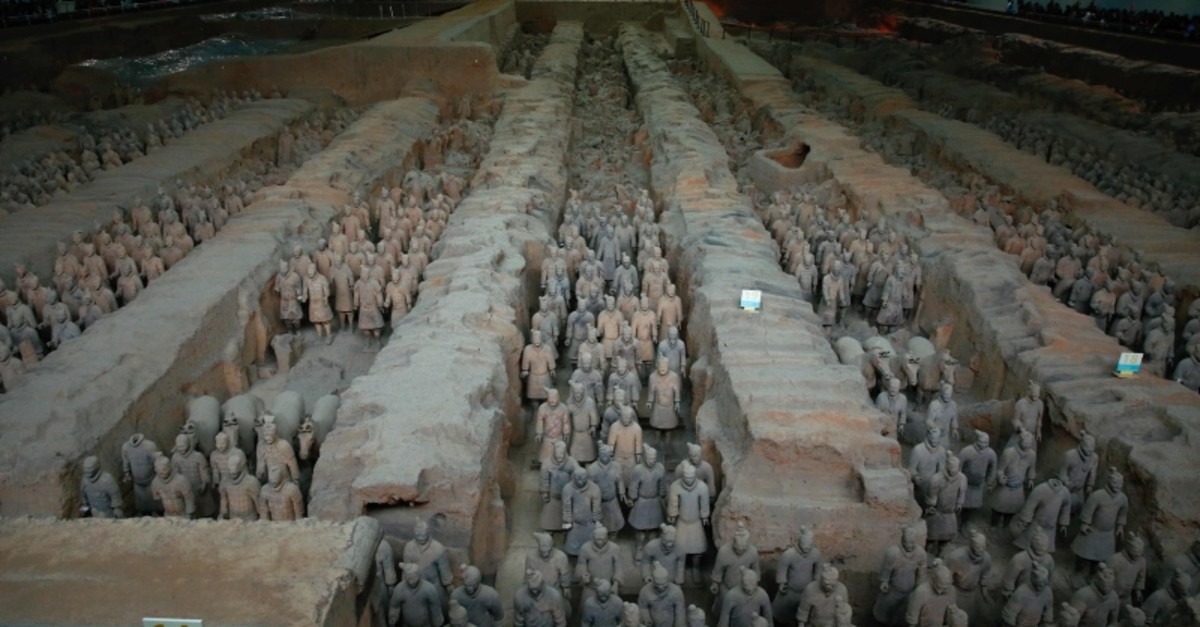 This photo taken on October 21, 2016 shows the sculptures of the Terracotta Army at the Terracotta Warrior Museum in Xian in north China's Shaanxi province. (AFP Photo)
by Daily Sabah Mar 05, 2019 6:28 pm

A group of archaeologists in China have discovered a kind of alcoholic liquid, which they have named the "immortality potion", in a 2,000-year-old bronze jug buried in an ancient tomb during excavation works, reports said Tuesday.

The archaeologists said that the 'elixir of life' had been used by the rich for thousands of years during the era of dynasties in ancient China, believing that the concoction extended their lifespan while preventing aging, according to Turkish daily the Hürriyet.

The liquid discovered had an alcoholic taste and smell which made experts think that it was just an ordinary drink, but the fact that it contained a high amount of potassium nitrate and alunite made them think it was perhaps more than it seemed. The experts also said they did not discover any ingredients with toxic properties in the potion.

Shi Jinzhen from the Institute of Cultural Art and Archaeology in the Luoyang province of China said that it is the first time such a discovery has been made in the country.

Jinzhen noted that the discovery will be a source for research on of the concept on immortality in Chinese culture and shed light on ancient Chinese history.

Along with the potion, some bronze engravings and pots were also found in the ancient tomb. Pan Fusheng, one of the archaeologists, described it as an important source of information on how the noble people of the era were buried. Fusheng also said the elixir was recorded in ancient Taoist text and the tomb was from the Western Han Dynasty (202 B.C.- 8 A.D.).