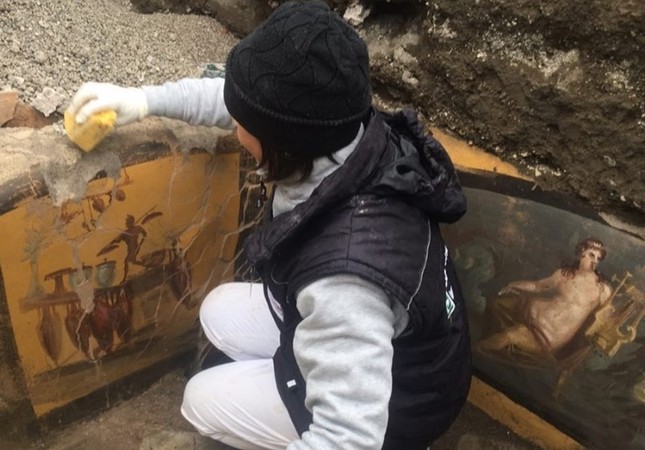 The discovery was made at the Regio V section of Pompeii.

Referred to as thermopolium, the fast food counters found in the site provided cooking facilities to poor residents who did not have them at home. They also served as snack bars with menus consisting of salty fish, coarse bread, spicy wine and baked cheese.

The section, which is currently not open to the public, is the most comprehensive dig at Pompeii archaeological site since the 1960s.

Pompeii was destroyed after the volcanic eruption of Mount Vesuvius near present-day Naples, in 79 A.D.