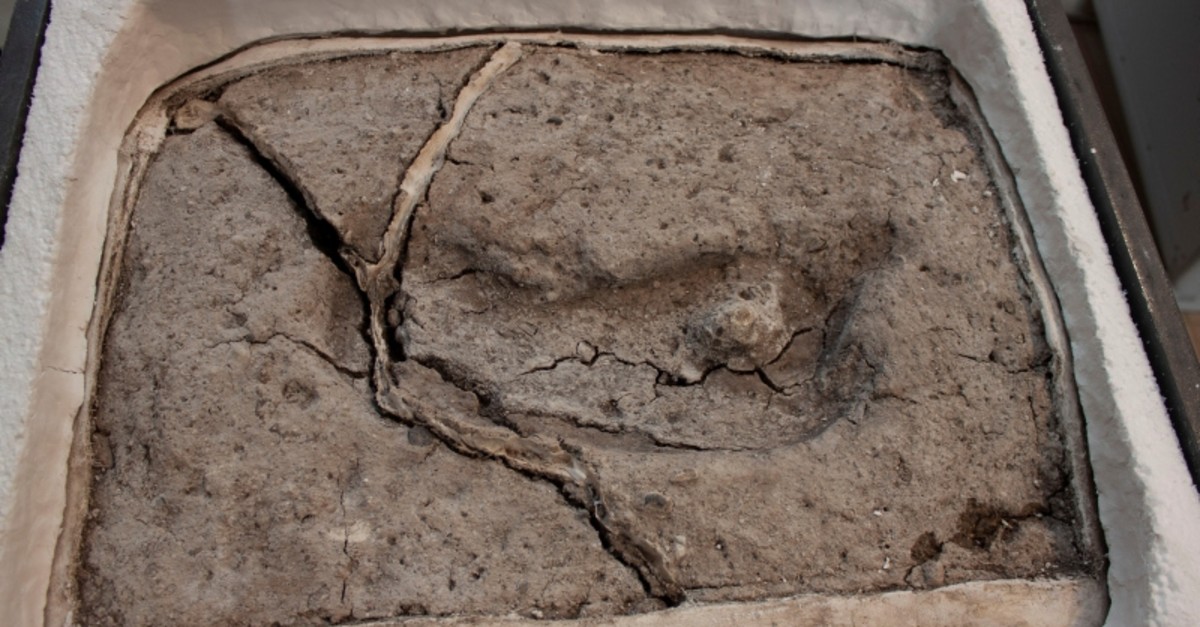 An ancient footprint is pictured, having formed cracks due to desiccation after being extracted from its original site, in Osorno, Chile sometime in April 2019. (Reuters Photo)
by Compiled from Wire Services Apr 28, 2019 12:52 pm

Scientists in Chile say they have found a footprint dating from at least 15,600 years ago, making it the earliest such sign of man's presence in the Americas.

The footprint was found at the Pilauco excavation in the city of Osorno (820 kilometers, or 500 miles, south of Santiago), where scientists have been digging since 2007.

Archeologists from the Austral University of Chile said the footprint was first spotted in 2011 next to a house. It took years for paleontologist Karen Moreno and geologist Mario Pino to reliably confirm that the print was human.

Moreno said researchers had also found bones of animals near the site, including those of primitive elephants, but determined that the footprint was evidence of human presence.

Moreno said this was the first evidence of humans in the Americas older than 12,000 years.

"Little by little in South America we're starting to find sites with evidence of human presence, but this is this oldest in the Americas," she said.

Pino said the footprint appears to be that of a barefoot man weighing about 70 kilograms (155 pounds) and of the species Hominipes Modernus, a relative of Homo Sapiens.

The area in Chile has proven rich in fossils, including evidence of an ancestor of today's elephants and American horses, as well as of more recent human presence.

An earlier footprint found at a site south of Osorno was found to be about 1,000 years more recent.

The newer findings were published in the latest edition of the peer-reviewed scientific journal PLOS One.