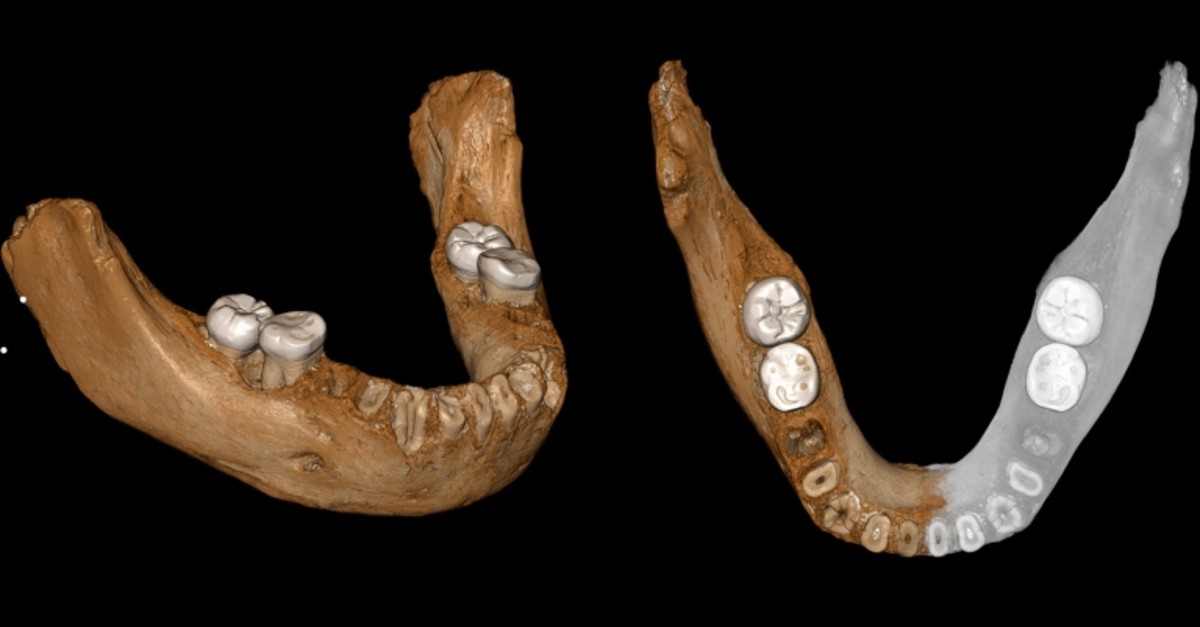 This combination of images provided by the Max Planck Institute for Evolutionary Anthropology, Leipzig shows two views of a virtual reconstruction of the Xiahe mandible. At right, the simulated parts are in gray. (AP Photo)
by May 01, 2019 8:14 pm

Scientists said Wednesday they had unearthed the 160,000-year-old remains of an early human relative in mountainous Tibet — a discovery that could transform our understanding of how early man adapted to life at altitude.

A team of researchers traced the DNA of a jawbone found in a cave on the Tibetan Plateau to the Denisovans, a defunct cousin of modern humans.

It is the first time Denisovan remains have been found outside the Siberian cave that gave them their name and suggests early human relatives lived at altitude for tens of thousands of years longer than previously thought.

Experts believe the remains hold the key to understanding how some modern-day humans have evolved to tolerate low-oxygen conditions.

Contemporaries of the Neanderthals — and like them, possibly wiped out by anatomically modern man, Homo sapiens — the Denisovans first came to light a decade ago.

Their existence was determined through a piece of finger bone and two molars unearthed at the Denisova Cave in southern Siberia's Altai Mountains and dated to some 80,000 years ago.

But the new remains — discovered in passing by a local monk nearly thirty years ago — has led researchers to conclude that Denisovans were far more numerous, and far older, than previously thought.

"To have beings, even if a little archaic, living at 3,300 meters on the Tibetan plateau 160,000 years ago.... That's something that no one could have imagined until today," said Jean-Jacques Hublin, director of the Max Planck Institute's Department of Human Evolution.

The bone, found in the Baishiya Karst Cave in Xiahe, China, was donated by the monk to a local museum, before scientists set about analyzing its composition. It was so old no DNA could be extracted.

But Hublin and his team used the latest protein analysis to date one of its teeth and to link it genetically to Denisovan specimens found in Siberia.

"From my point of view it's confirmation of a working hypothesis I've had for a while: Nearly all Chinese and east Asian (hominim) fossils between 350,000-50,000 years ago are probably Denisovan," said Hublin, lead author of the study published in Nature. 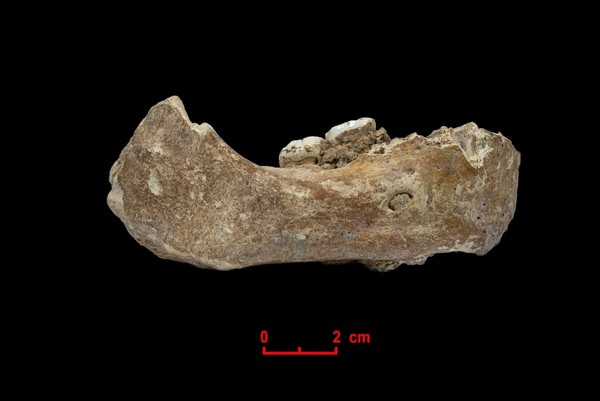 A recent research paper suggested that humans only reached the Tibetan plateau — a vast area of mountainous terrain north of the Himalayas — around 40,000 years ago.

"Here we have something that's four times older," said Hublin. "It's absolutely extraordinary."

The jawbone discovery also solves a riddle that has troubled anthropologists for years.

In 2015 researchers found that ethnic Tibetans and Han Chinese living at altitude had buried in their genetic code an unusual variant of a gene, EPAS1, which regulates hemoglobin, the molecule that hauls oxygen around the blood.

At high altitude, common variants of the gene overproduce hemoglobin and red blood cells, causing the blood to become thick and sludgy — a cause of hypertension, low birth weight and infant mortality.

But the variant found in Tibetans increases production by much less, thus averting hypoxia problems experienced by many people who relocate to places above 4,000 meters in altitude.

The mutation is nearly identical to that found in the DNA of Denisovans discovered in Siberia -- at an altitude of less than 700 meters.

"That was something that no one really understood, because the Denisovans weren't known to live at altitude, so they didn't really need that gene to survive," said Hublin.