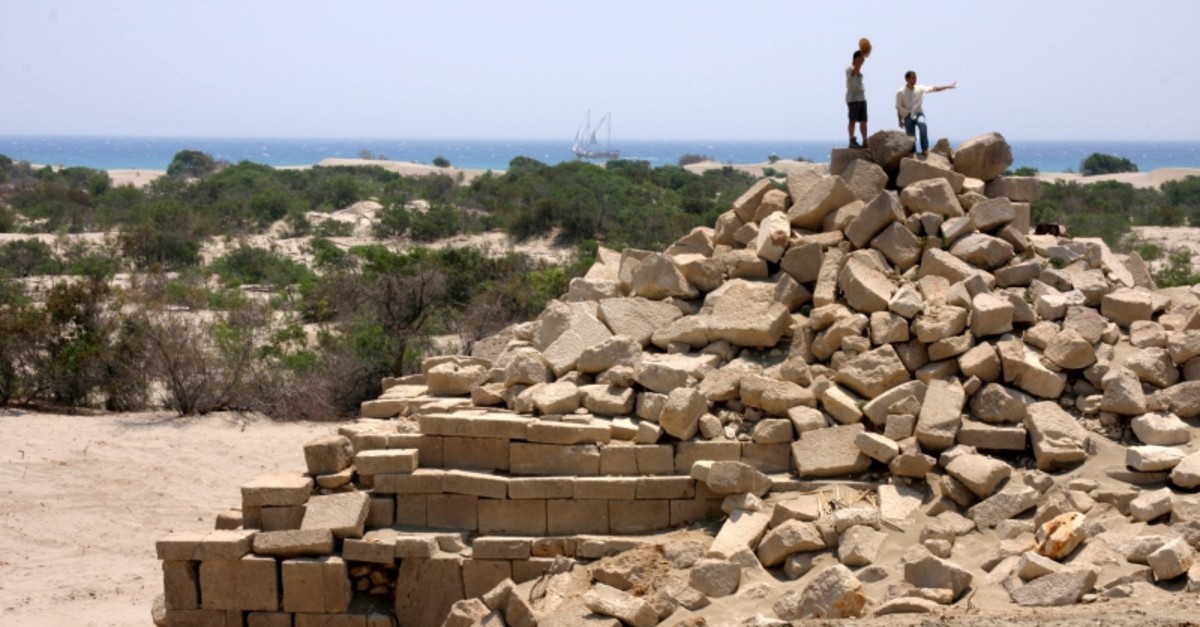 The restitution project has been completed for the Patara Lighthouse, which was initially constructed in 64 A.D. in the ancient city of Patara, located in the Kaş district of southern Turkey's Antalya province, and now the ancient structure will be reconstructed on its original stones.

The original stones used in the construction of the lighthouse located in what was once the capital of the ancient Lycia region were unearthed during the ongoing excavation works in the region, Turkish daily Hürriyet reported Thursday.

Havva Işık, the professor who will be leading the archeological works on the lighthouse noted that the structure is not the earliest-known lighthouse, but the earliest lighthouse whose original material remains.

"The earliest of the lighthouses is the Lighthouse of Alexandria, which also gives its name to these structures. However, Patara Lighthouse is the only lighthouse that can be reconstructed with its original material," Işık said, adding that it is one of Turkey's most important cultural heritage.

The Patara Lighthouse was introduced to the world by William Gell, who carried out research visits on behalf of the Society of Dilettanti – an association examining ancient Greek and Roman arts – between 1812 and 1813, while the term lighthouse was first used by Turkish professor Fahri Işık who inaugurated the excavations in 1988.

The second excavations to unearth the original stones used in the construction began in August 2004.

The lighthouse consists of two main sections – a podium and a tower – while the tower consists of two interlocking cylindrical structures connected by a spiral-shaped ladder. The wall thickness is 1.2 meters (4 feet). The tower will reach a height of about 26 meters (85 feet) on the podium after it is rebuilt.

Patara was one of Lycia's major naval and trading ports, located at the mouth of the Xanthos River. Patara's oracle at the renowned temple of Apollo, which has not been discovered yet, was said to rival that of Delphi and the temple equaled the reputation of the famous temple on the island of Delos. It was believed that Apollo lived on Delos during summer but spent the winters in Patara.