Historic religious site in Turkey's Mardin to be welcomed by UNESCO 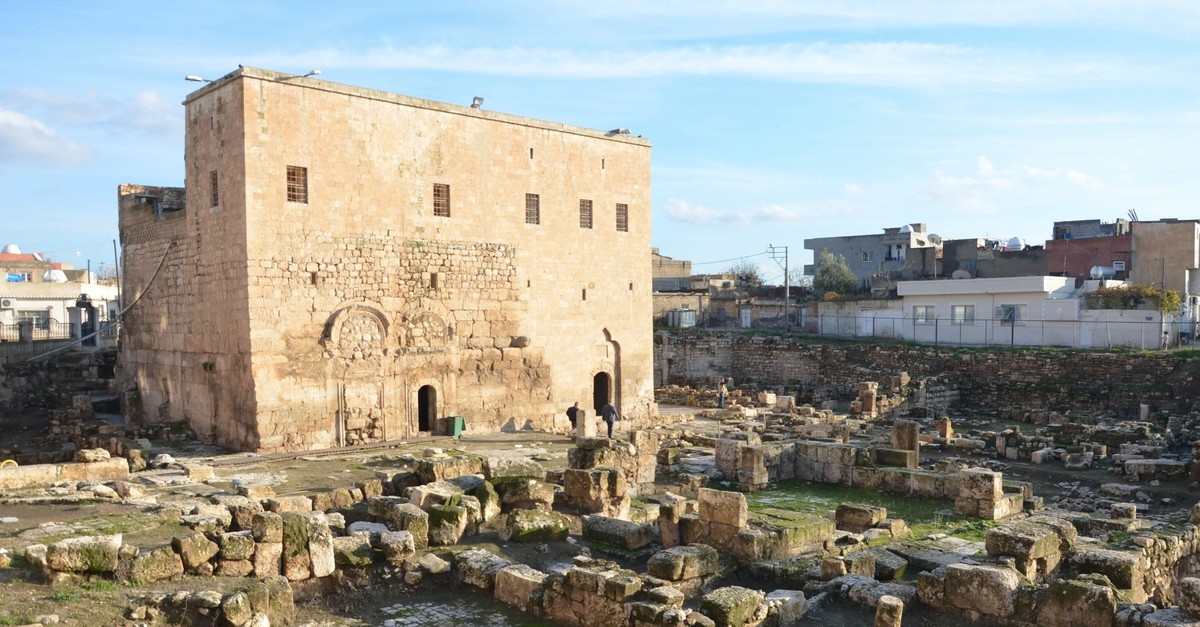 The site features the Church of Saint Jacob in Nisibis and the tomb of Zayn al-Abidin.
by Dogan News Agency
Jun 07, 2019 12:12 am

In the Nusaybin district of Mardin province, a site of great importance for Islam and Christianity that brings together two sacred places in the same courtyard is in the final stage of restoration initiated for the UNESCO World Heritage List.

The site features the Church of Saint Jacob in Nisibis, known as the Mor Yakup Church in Turkish and accepted as the oldest standing baptistery of the world, and the tomb and mosque named after Zayn al-Abidin, a 13th-generation grandson of the Prophet Mohammed. It was registered on the UNESCO World Heritage Tentative List in 2014. Efforts to register the site on the UNESCO World Heritage List have been accelerated.

Mardin Museum Director Nihat Erdoğan reported that the Nusaybin Cultural Belief Park Project in the area, which is home to the mosque of Zayn al-Abidin on the right side along with the Mor Yakup Church and a cathedral, has entered its final stage.

Noting that the combination of the baptistery, the cathedral and the sanctuaries of two religions, which are unique with their stonework and architectural features, in the same courtyard as a complex is very significant, Erdoğan said: "We lived together in the past. Why don't we sustain it from now on? We can think and live differently. However, a world where everyone can live together will be enough."

"These structures are the most important two buildings that carry the traces and memories of the culture of living together, which is actually the cradle of cultural civilizations and the home of the first university in history, known as Nusaybin School. The Church of Saint Jacob in Nisibis, which was built at the beginning of the fourth century as a baptistery, is the oldest standing baptistery in the world. It was turned into a church in the eighth century. This area was added to the UNESCO World Heritage Tentative List on April 15, 2014. The structure started to be restored with a project by the Dicle Development Agency. The Regional Directorate for Foundations completed the restoration in the mosque section. When the excavation and restoration work for the environmental order started this year is complete, Nusaybin will be on the UNESCO World Heritage List," he continued. Museum Director Nihat Erdoğan stressed that the area any place where people of different religions and beliefs live together in tolerance carries values for UNESCO along with intangible history.