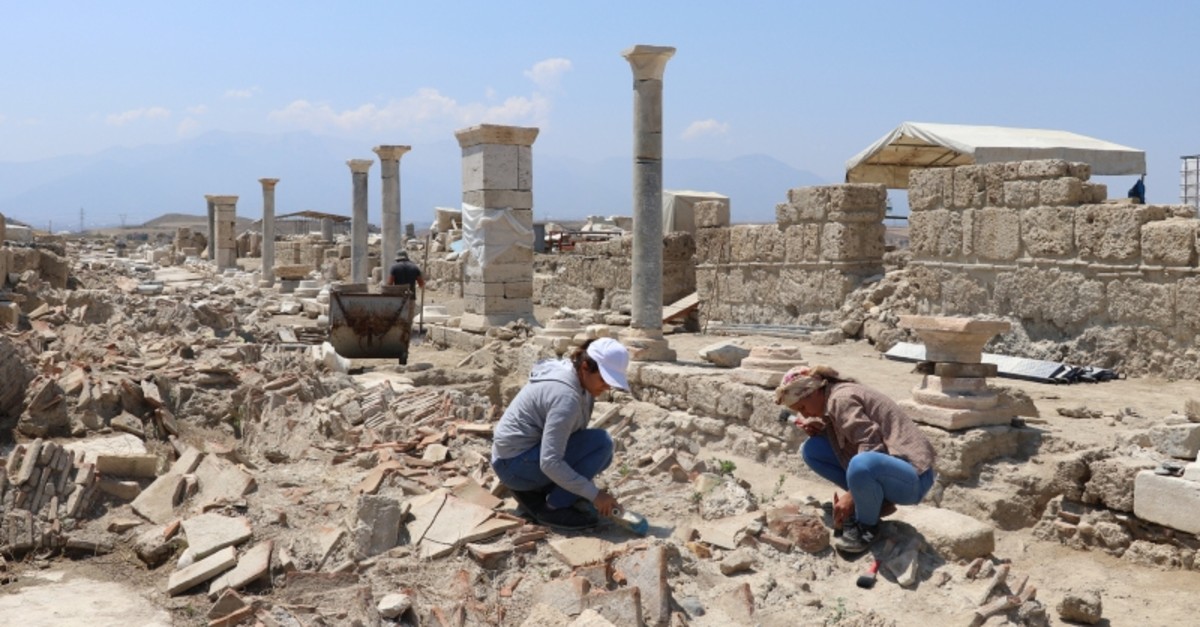 An ancient road that leads to the largest ancient stadium in Anatolia, which can accommodate nearly 30,000 people, will soon be unearthed thanks to the excavations in the Laodikeia Ancient City in western Turkey's Denizli province, the head of the excavation team said Friday.

"We aim to complete the excavation and restoration of the Stadium Street and provide access to the 2,000-year-old stadium via the ancient road," Professor Celal Şimşek of Pamukkale University's Archeology Department told Anadolu Agency.

Laodikeia is the second largest ancient city in Anatolia after Ephesus and is also home to an ancient church mentioned in the Bible.

Şimşek said that the excavations have been continuing year-round and have unearthed several important ancient structures including a church, amphitheater and agora. The city is also home to a giant public bath complex near the ancient stadium, built in honor of Emperor Hadrian, a council building and a state guest house.

The Laodikeia Stadium was built in 79 AD and is 285 meters long and 70 meters wide.

Excavations in the ancient city of Laodikeia, which was accepted into UNESCO's temporary list of World Heritage Sites in 2013, began in 2003.