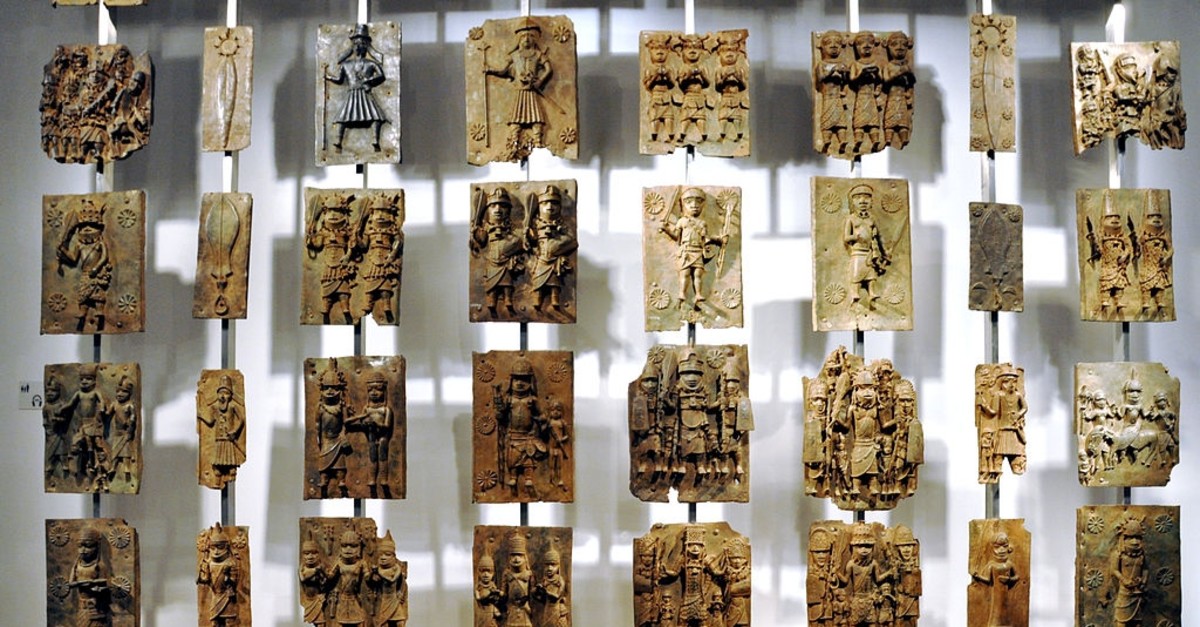 Nearly eight months have passed since a French-commissioned report called on European institutions to transfer hundreds of African artifacts back to their rightful owners. While several countries have repented with restitution commitments, the British Museum has only fortified its stance.

The report was commissioned by French President Emmanuel Macron, who promised that addressing the issue of former colonial powers' continued possession of stolen artifacts would be a key focus of his presidency.

The 252-page report published in November included a list of recommendations, including that France should grant restitution to African countries that petitioned for the return of objects claimed during the colonial era. Since then, France and Germany have made commitments to respond to requests from the Ivory Coast, Senegal and the Democratic Republic of the Congo, among other countries. The Rijksmuseum in Amsterdam has begun talks with Indonesia and Sri Lanka, calling The Netherlands' failure to hand over the stolen artifacts earlier a "disgrace."

But the report hasn't appeared to rattle the conscience of the United Kingdom.

A spokesperson for the British Museum responded to the report by saying the museum welcomed its "transparent focus on the provenance of objects," agreeing that the establishment of "new and more equitable relationships between Europe and Africa" was necessary.

However, the spokesperson made it clear that restitution of artifacts seized by the British Empire would not be part of those new relationships.

"We believe the strength of the collection is its breadth and depth which allows millions of visitors an understanding of the cultures of the world and how they interconnect – whether through trade, migration, conquest, or peaceful exchange," the spokesperson said.

The authors of the report, Senegalese economist Felwine Sarr and French art historian Benedicte Savoy, have compared the British Museum's response to that of an ostrich with its head in the sand.

"There's an expression in French, la politique de l'autruche, which means something is in front of you and you say you can't see it, like an ostrich with its head in the sand," Sarr told British daily The Guardian.

"They will have to respond and they can't hide themselves any longer on the issue," he said.

The British Museum, along with other European institutions, has proposed loaning the items to African museum, as in the case of the Benin bronzes stolen during a punitive expedition in 1897.

But Sarr and Savoy say that response is just a spin-off of colonialism.

"It's not enough because in a loan the right of the property belongs to you. You loan something that you own, it's your property," Sarr said. "If you restitute, there is a transfer of the property rights and the new holder of those rights can loan you the item."

The so-called "Macron report" made waves in the art world, but Savoy and Sarr said it wasn't the report that was radical, but the historical facts around the artifacts' acquisition.

"There was a taboo around this fact for many centuries in Europe, the fact that many major museums have collections based on plundering. There are always ruptures when you break a taboo," Savoy said.

The report's authors say the history around the acquisition of the artifacts is clear, rejecting claims of ambiguity by some museum curators.

"Most of these items arrived in Europe between the 19th and 20th centuries – from 1885 to 1930 – and these are times of great documentation. All of these expeditions are well documented. The issue is accessing them as museums have sat on this material – they have all the documents," Savoy said.

"These items were stolen or given or taken during scientific missions," added Sarr.

Sarr and Savoy said in the report that the "justice, rebalancing, recognition, restoration and reparation" that would be brought around by restitution would be a first step to halting "the arrogance of Europeans" in their relations with Africans.

"The new ethical relationship is probably the end of the arrogance of Europeans. A lot of arguments from Europe are based on the idea that Africans can't host their own heritage, they don't have museums, we have saved them, etc. Changing this way of relating and this narrative is stepping away from a cultural arrogance," Savoy said.