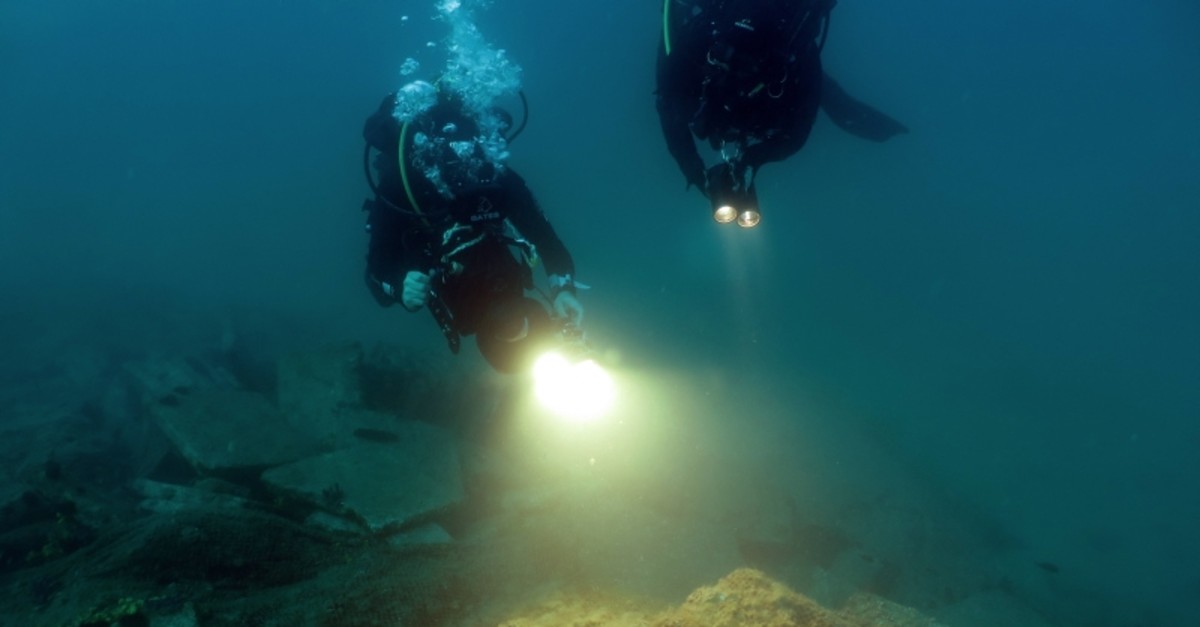 A group of Turkish scholars unveiled an ancient sea route following extensive research conducted in the southwestern Mediterranean and the Aegean Seas, revealing the signs of ancient civilizations under the water, as well as examples of more recent history such as the Ottoman era.

Turkey's Shipwreck Inventory Project Chairman Harun Özdaş, who is also an Assoc. Dr. At DEU said that they have been focusing on the trade routes in the southwest Mediterranean and Aegean costs, conducting research on a period between 2,000 BC and 2,000 AC.

Özdaş stressed that when a shipwreck was discovered, they conducted research both on the wreck and the area around the wreck, noting that the ceramic pieces and jugs thrown into the sea in the ancient times left their marks, giving clues about the routes.

"Looking at these traces, we look at which shores and coastlines were used in which period," Özdaş said, adding that while the routes used 2,400 years ago coincided with the routes used during the Roman period the same routes were changed afterward as the size of the ships became larger.

Saying that Koca Piri Reis Ship has been used as a research platform for some 41 years allowing them to conduct researches in eight different disciplines with high-tech devices, Özdaş noted: "We have identified more than 200 shipwrecks, most of which were used throughout the ancient times to the steam age. We have identified 400 anchor and 60 anchorages."

Özdaş added that some of the bays had continuously been used during a period of 3,000 years.

Speaking about the signs of ancient settlements discovered under the water, Özdaş noted that the settlements that remained under 1-6 meters of the sea level were mostly found between Antalya and Muğla provinces and there were traces of Lycian, Carian, Ionian and Ottoman periods.

Özdaş said that the project includes a very rich research base, including the data of Turkey Underwater Cultural Heritage Geographical Information System as well as the Ottoman Era Information System Acoustic Database, adding that they have been preparing a very large inventory which is planned to be completed within two years.