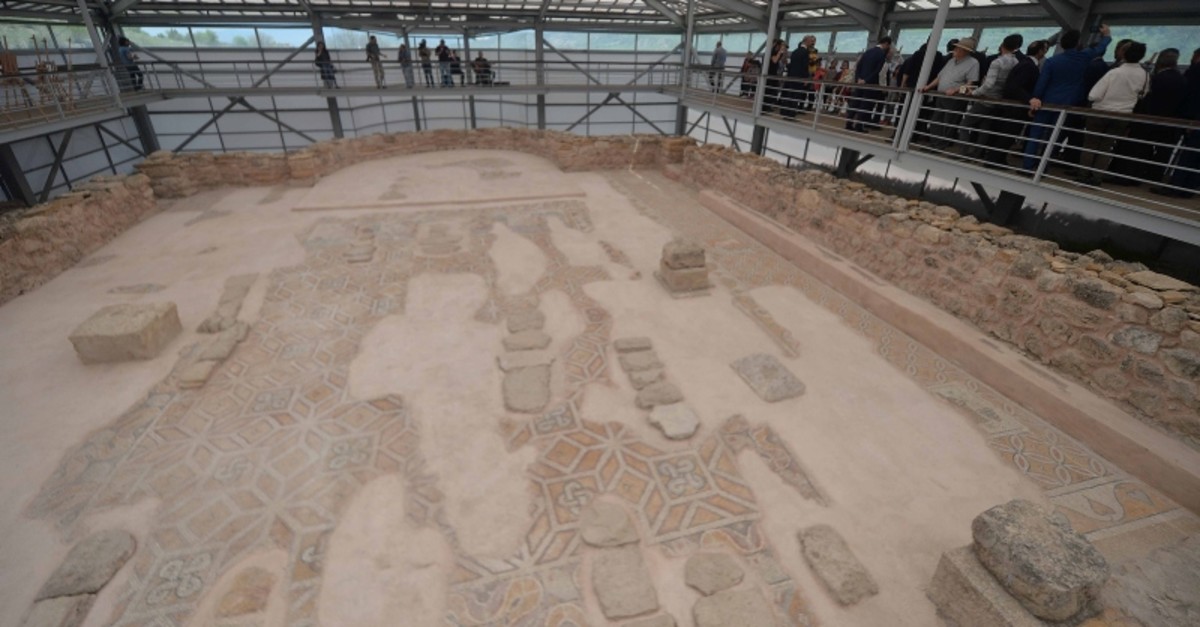 Excavation works at the ancient city of Hadrianopolis have been restarted to unearth rare mosaics and Christian pilgrimage site in Turkey's northern Karabük province, with the aim to protect and preserve the artifacts and open the site for tourism.

Known as the "Zeugma of the Black Sea" for unique mosaics unearthed at the site, Hadrianopolis in Karabük's Eskipazar district was an important site of pilgrimage for early Christians until the city lost its importance in 8th century A.D.

It was the birthplace of Saint Alypius the Stylite, one of the most important personalities of the ancient ages.

Believed to have lived between 6th and 7th centuries A.D., Saint Alypius the Stylite is one of the pillar-saints of Christian faith, who climbed on top of pillars and spend the rest of their lives with preaching, fasting and praying.

Led by Professor Ersin Çelikbaş from Karabük University's Archaeology Department, the excavation works are carried out with a team of 30 students, Anadolu Agency reported.

Karabük Governor Fuat Gürel told reporters that they aim to protect the artifacts found during the excavations.

Gürel noted that this year's excavations focus on an area referred to as "Church C," and the works are carried out in portions as the site is spread over a large area.

A total of 14 public and other types of structures were discovered dispersed throughout the historical site during excavations.

These include two public baths, two church doors, rock graves, a theater, and other monumental structures of different types.

The floors of the churches are garnished with mosaics. These mosaics show figures of horses, elephants, deer and gryphons, because of this the ancient city is compared to Zeugma in southeastern Turkey, which is famous for its mosaics.

First excavations at the site were launched in 2003.