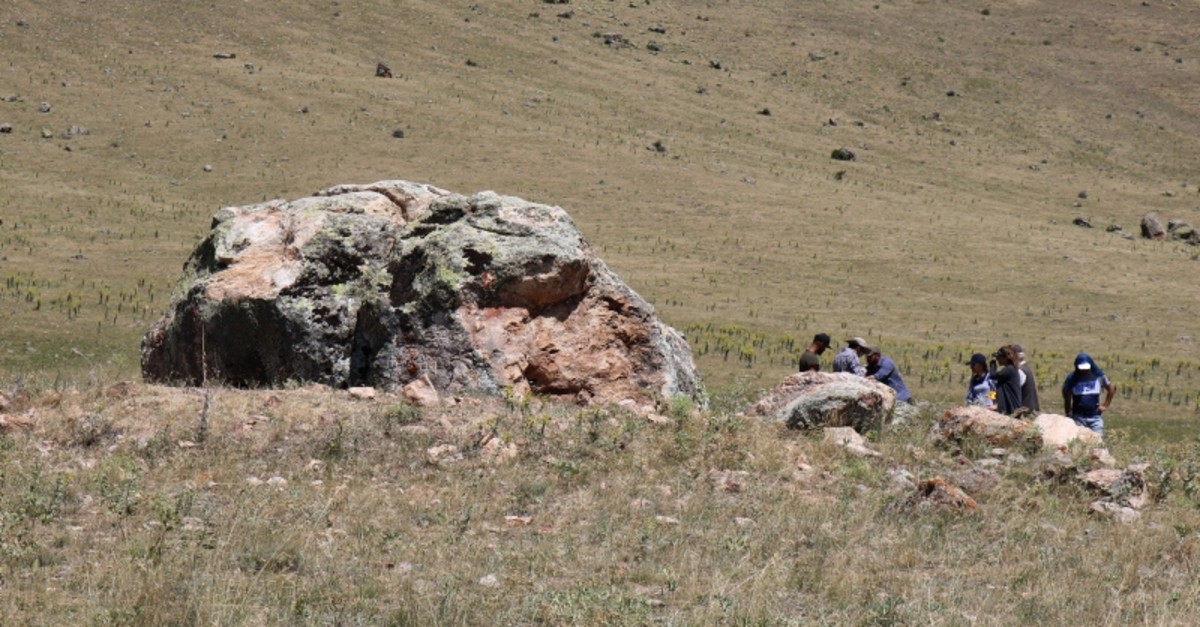 Excavation works on an ancient memorial rock bearing hieroglyphic engravings, believed to have remained from the Hittite Empire and be one of the few examples of its kind in Turkey, have commenced in central Kırşehir province, officials from the excavation team said Wednesday.

The rock monument, known by locals as "Malkaya", is located in the Karalar village and estimated to date back to1300s B.C. Rescue excavations on and around the rock were launched after the ancient monument was partly damaged by treasure hunters with dynamites.

Elif Baştürk from the Archeology Department of Kırşehir Ahi Evran University, who is the scientific adviser to the excavation team, told reporters that the rock was initially discovered by German scientist Helmuth Theodor Bossert in the 1950s but became more widely known in the science world with works published in the following years

Baştürk said that the hieroglyphic engravings covered almost every side of the rock, while the longest inscription was located on the northern face.

"There are fractures and decayed areas. Since it is also covered with thorny plants, not all hieroglyphic writings are visible," she said.

Baştürk noted that most probably a prince and a princess were mentioned on the rock, but it was not clear.

Baştürk said there were some sources claiming that the monument depicted a hunt by the Hittite dynasty while some others thought it reflected a religious ritual.

The excavations on the ancient monument are planned to be completed in 20 days.