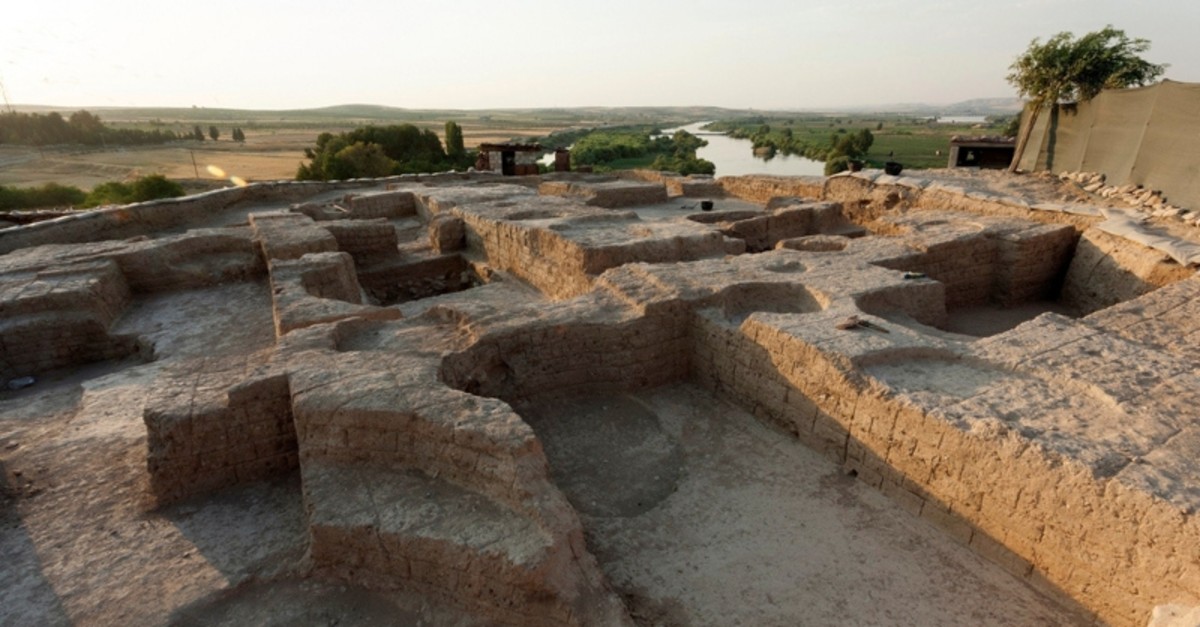 The first phase of the Archaeopark of the Ancient City of Karkamış is ready to welcome visitors in Turkey's Gaziantep province, after eight years of efforts, the governor said Saturday.

Known to be one of the most important archaeological sites in the Near East and the most important administrative center for the Hittite Empire in the region, Karkamış was turned into an open-air museum with the collaboration of Turkish and Italian experts.

"We will have the official opening ceremony of the site next year, but we will open a part of the site to meet the demand," Gaziantep Governor Davut Gül told reporters at a press publicity event.

Gaziantep Metropolitan Municipality Mayor Fatma Şahin referred to the area as an important historical location near the Syrian border.

Şahin noted that the excavations will unearth numerous ancient artifacts, including the ones Thomas Edward Lawrence also known as Lawrence of Arabia attempted to smuggle.

"The site had the best and the most special artifacts from the late Hittite period," Şahin said, adding that they are trying to identify which artifacts Lawrence of Arabia had attempted to smuggle.

"This archaeopark will shed light on the history of the late Hittite period," Şahin added.

Excavation leader Professor Nicolo Marchetti noted that the excavations will continue to take place for many years.

Located on a military zone near the Syrian border, the site was not open to visits by the public.

Situated along the Syrian border and on the western coast of the Euphrates River, the ancient city will offer visitors an array of historical artifacts, including remnants from a palace and temple, an ancient avenue with Roman era columns and statues along walls bearing eagle heads and griffon ornaments.

The first excavation works in the area were initially carried out between the years 1878-1881, 1911-1914 and 1919-1920 on behalf of the British Museum, and the works have been continuing within the scope of a cooperation scheme launched between Turkey and Italy since 2011.

The Ancient City of Karkamış, which holds the title of being one of the most important settlements of Near East archeology, bears the signs of Hittites and Assyrians along with the remnants of Hellenistic and Roman eras.