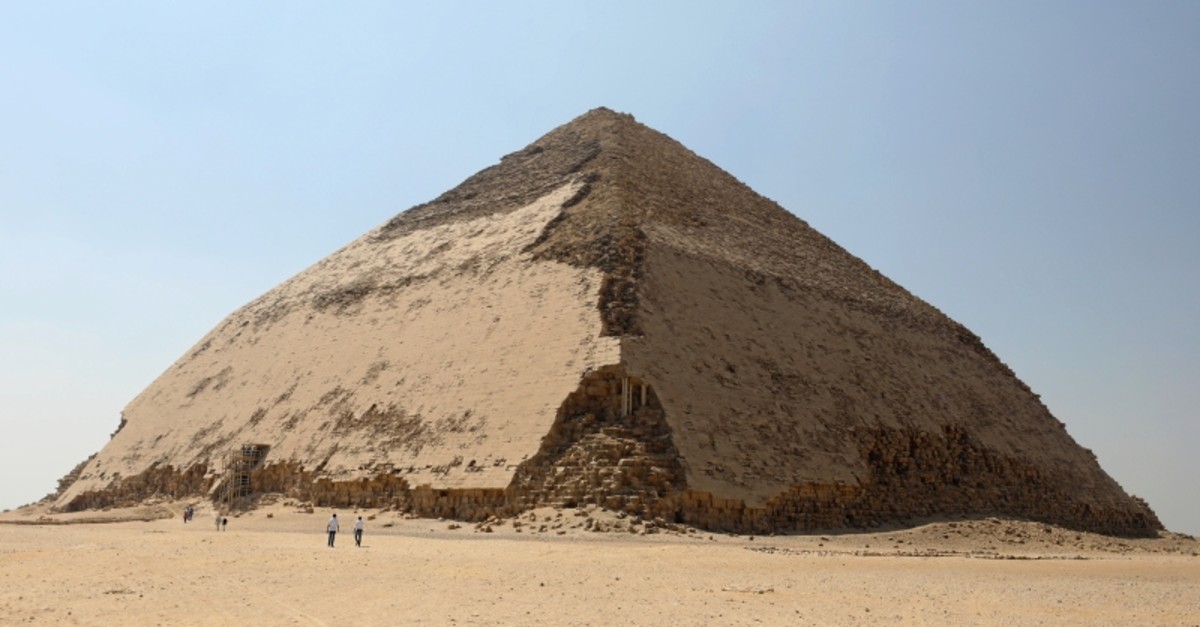 Antiquities Minister Khaled al-Anani told reporters the Bent Pyramid of King Sneferu, the first pharaoh of Egypt's 4th dynasty, and a nearby pyramid would be reopened to visitors for the first time since 1965.

He also said a team of archaeologists had uncovered sarcophagi and the remains of an ancient wall dating back to the Middle Kingdom some 4,000 years ago. 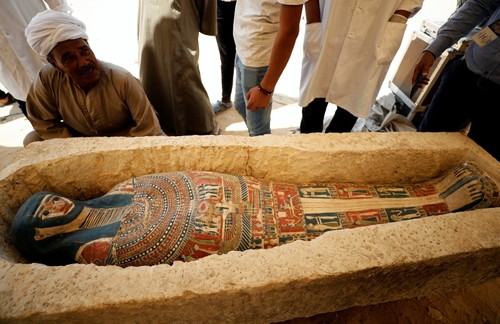 A sarcophagus that was discovered near the King Amenemhat II pyramid is displayed during a presentation, south of Cairo, Egypt, July 13, 2019 (Reuters Photo)

The finds were made during excavation work in the royal necropolis of Dahshur on the west bank of the Nile River, in an area home to some of Egypt's oldest pyramids.

"Several stone, clay and wooden sarcophagi were found and some contain mummies in good condition," the antiquities ministry said in a statement.

The ancient wall stretches some 60 meters and is situated south of the pyramid of 12th dynasty pharaoh King Amenemhat II, also in the Dahshur necropolis.

The finds also included funerary masks as well as tools dating back to the Late Period -- which spanned almost 300 years up to Alexander the Great's conquest of Egypt in 332 BC -- used for cutting stones, the ministry said.

Egypt has in recent years sought to promote archaeological discoveries across the country in a bid to revive tourism, which took a hit from the turmoil that followed its 2011 uprising.