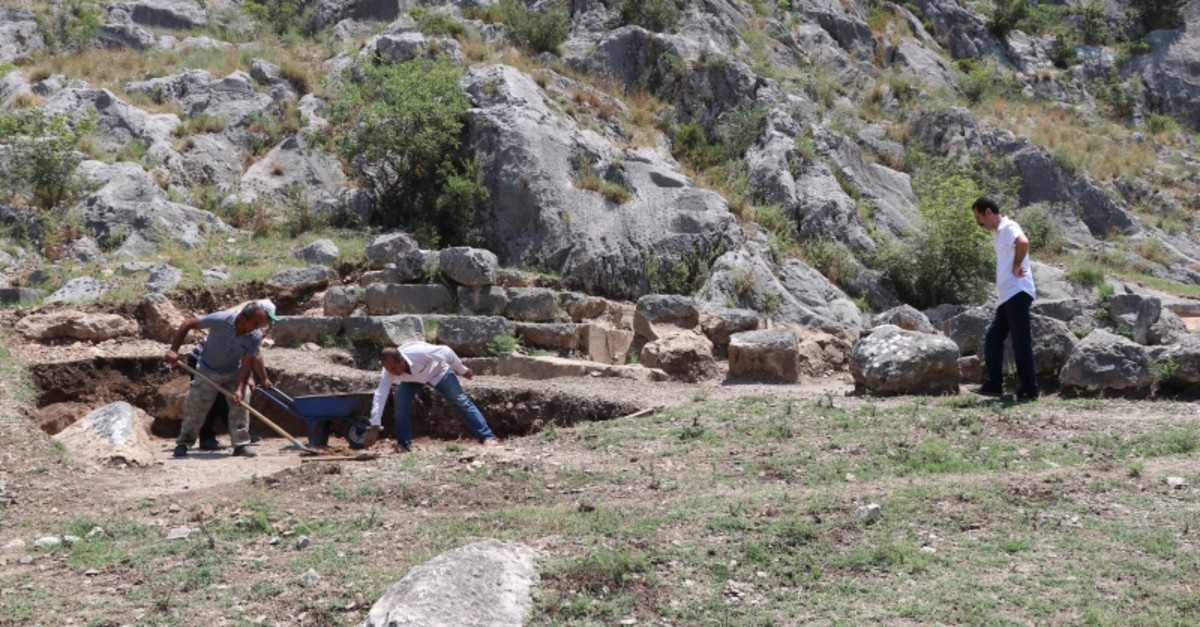 Excavations at an amphitheater that served as a battlefield for gladiators in the ancient city of Anavarza (Anazarbus) in southern Turkey's Adana province will shed light on the history of gladiator fights in Anatolia.

The excavations at the ancient city of Anavarza — which has traces of the Hellenistic, Roman, Byzantine, Sassanid and Ottoman periods and is on UNESCO's Temporary World Heritage List — have been ongoing since 2013.

Gülşen noted that they are currently in the process of analyzing a throne made out of stone. He said that the throne indicates some of the spectators were nobles and watched the fights in separate areas.

Gülşen added that the throne had some inscriptions on it and they are still working on it.

"We are analyzing how to amphitheater was planned and designed, how the gladiator fights took place, which animals were used and what type of necropolis the deceased were buried in, all of which will shed light on the period's history," Gülşen said, adding that there is a necropolis south of the amphitheater.

Archaeologists expect to unearth significant artifacts, compounds and more valuable information on the history of the ancient city.

The ancient city of Anavarza, which literally means "invincible," was the largest in Anatolia with its castle, baths, churches, triumphal arch, aqueducts, rock tombs, stadium, mosaics and theater. It spread over a 4,000-hectare area and has a larger site than Ephesus, the biggest ancient city known in Anatolia.