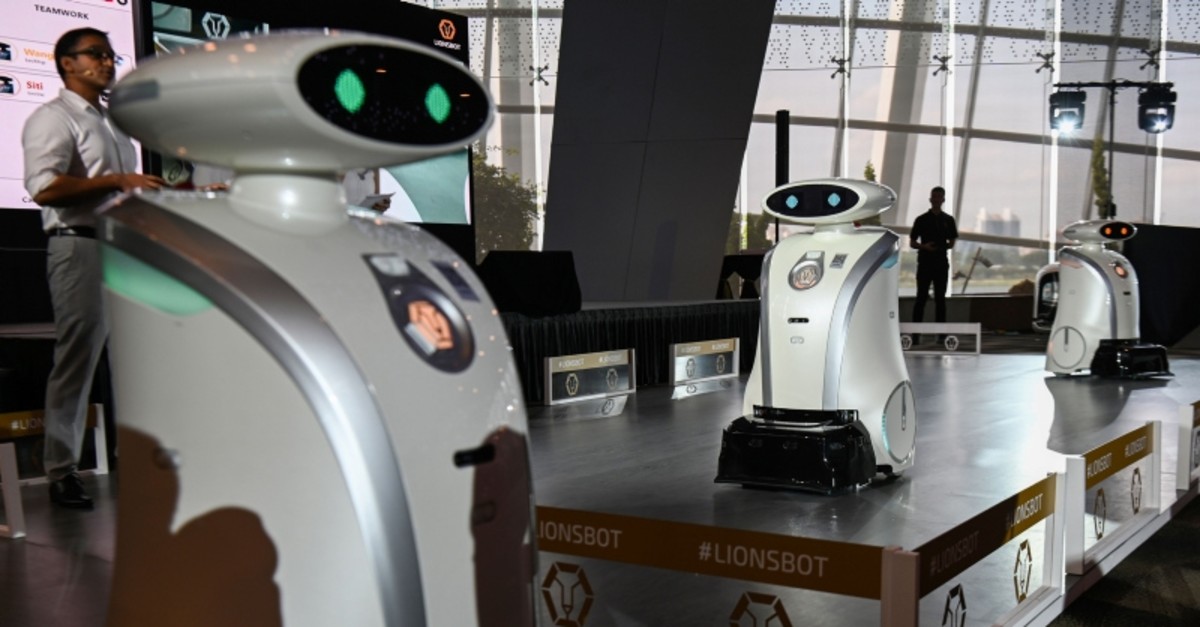 Hundreds of "friendly" robots that speak multiple languages and sing are being rolled out across high-tech Singapore, to help clean the city-state's hotels, shopping malls and government buildings.

Four of the robots, which have oval-shaped heads with lights for eyes, have already got down to work and it is hoped that 300 will be put into service by March next year.

They scrub, mop, vacuum and sweep autonomously, and can entertain by rapping in English.

The robots speak all four of multiethnic Singapore's official languages -- English, Malay, Mandarin and Tamil -- plus Japanese and "Singlish," a local patois that mixes English with words from the myriad local tongues.

"I'm the coolest thing in town, I'll make your world light up, hey you're never gonna frown," rapped one of the robots as they were unveiled Wednesday.

The devices, which come in 13 different models and are produced by local company LionsBot, also tell jokes or ask humans to move aside if they are in the way.

Humans can get a response from the robots by pressing a button called the "heart," or use an app to ask them how they are feeling or what their hobbies are.

"Everybody knows a cleaner that's always friendly and would remember your name and say hi, so we hope to recreate that," LionsBot CEO Dylan Ng told AFP.

LionsBot has signed agreements with six cleaning partners to deploy the robots gradually over the coming months as they are produced.

Those already in use are in Changi Airport's new shopping and entertainment complex, an art gallery, a resort and an office building.

The robots also have a serious purpose: to help plug a labor shortage in the rapidly aging country of 5.6 million people.

Ng stressed the robots were not intended to replace human cleaners, but to act as their assistants.