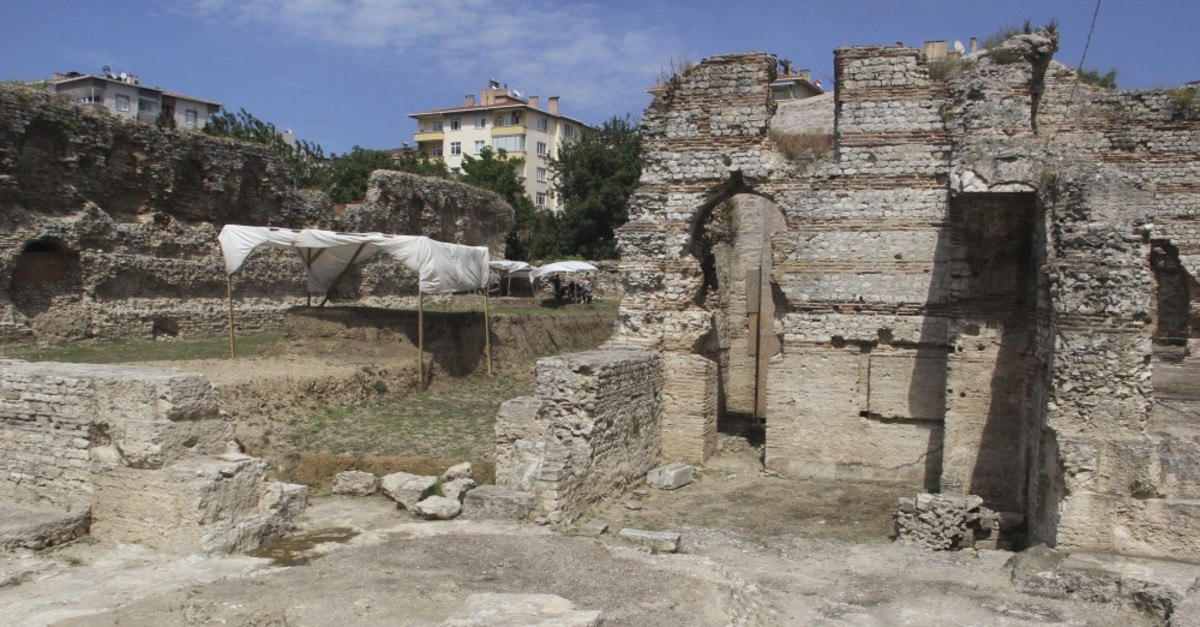 Initiated 10 years ago with the support of the Culture and Tourism Ministry in Sinop province, excavations at the Balatlar building complex are still ongoing. It has been emphasized that the building complex, the only ancient building in Sinop whose use is known due to its large walls from the late Roman imperial period, has a history dating back 2,300 years.

During the large-scale excavation, led by professor Gülgün Köroğlu, an academic from Mimar Sinan Fine Arts University's Art History Department, the altar section of the structure that was used as a church in the fifth century is being unearthed.

Speaking to Anadolu Agency (AA), Köroğlu said the structure, which was used during the Hellenistic, Roman and Ottoman eras, is important in terms of its historical significance.

Noting that they have uncovered mosaics, which are thought to have once belonged to rich Romans, during the excavation last year, she said the mosaics were later put under protection in the area.

She added that they have been concentrating on excavating the altar of the structure in their latest work this year. "We reached the hamam [bathhouse] part during our previous excavations. The same area was used as a graveyard between the 18th and 20th centuries. We will try to find the original floor of the structure under these graveyards. Besides, we have a new area east of the structure that has been just nationalized. We have started work there. We will unearth the altar section of the structure. We hope that there will be good finds in both areas."

At the excavation in Sinop, many historical findings dating back to the Hellenistic, Roman and Ottoman periods have been unearthed so far.