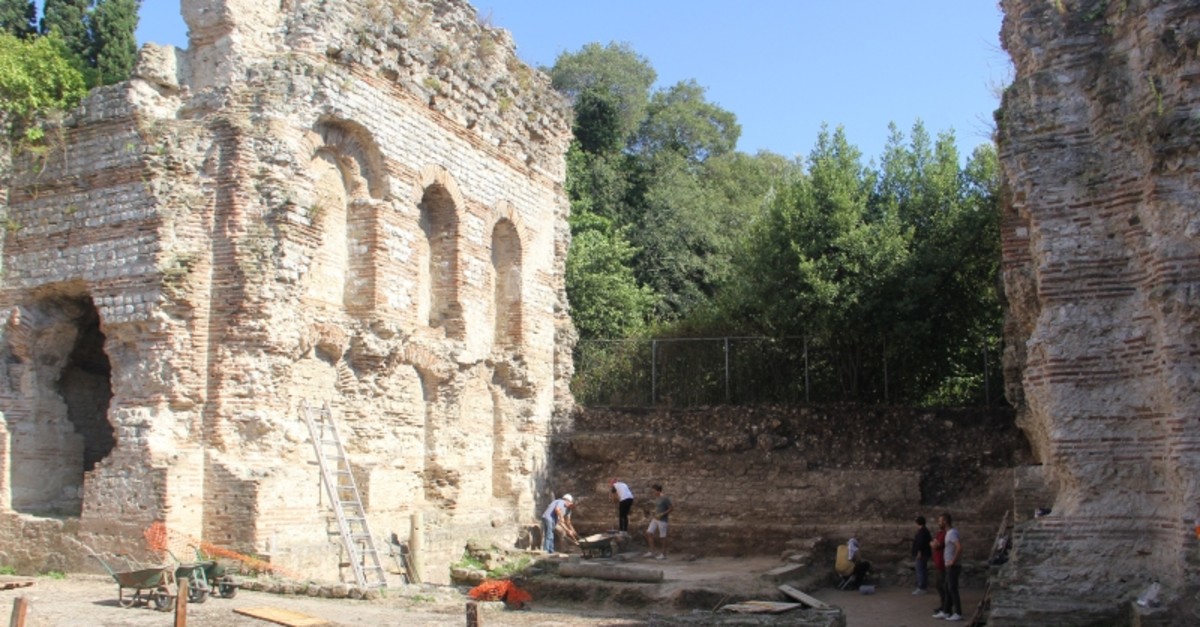 The discovery was made during excavations which were launched in cooperation with the Ministry of Culture and Tourism.

The lead archeologist Professor Gülgün Köroğlu from Mimar Sinan Fine Arts University told the Anadolu Agency that the structure they found was used as a church in the late 6th century.

"We have reached the southern wall of the church and found various tombs under it," Professor Köroğlu said, adding that the church had also been used for cemetery purposes.

Köroğlu noted that the church was used until the 11th century.

Archeologists expect to make other historical findings near the area, the professor said, adding that they have reached over 1,000 tombs so far.