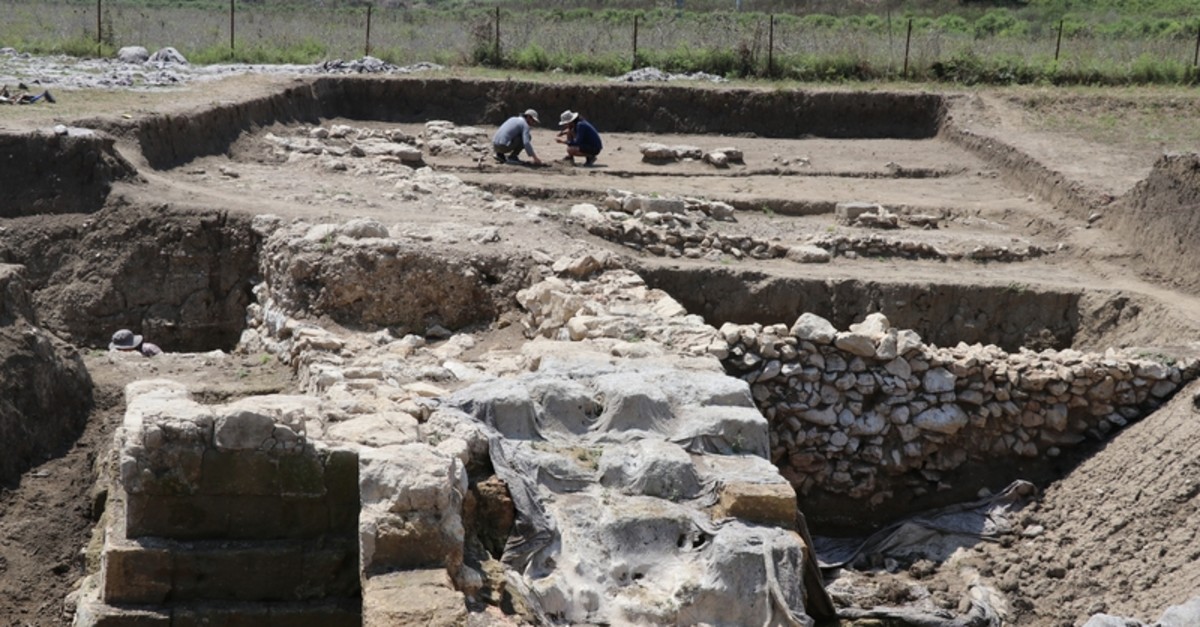 Seasonal excavation works in the Sirkeli Höyük, one of the largest settlement mounds in the Late Bronze and Iron Ages, have begun in southern Turkey's Adana province, an archeologist leading the works said Friday.

An archeological team, consisting of 40 local and foreign experts and 55 workers, previously uncovered a double-skin wall which bore the traces of war and dated back to the Iron Age, in digs in 2018.

"A double-skin defensive wall system dating back to the Iron Age was found during our excavations. There were also houses belonging to various settlements in the inner parts of the inner walls. There are some traces on the outer walls as well. They show how soldiers attacked the walls with their spears. We know that Shalmaneser III started a war in this region in 835 B.C. Carbon-14 samples and ceramics from here show that this wall dates back to 9th century B.C.," Novak had said at the time.

Novak noted that examinations and scientific works are continuing regarding last year's findings, adding that an amulet discovered last year was found to date back to the Iron Age.

He said that the amulet bears Hittite hieroglyphs and a cuneiform script that reads "Bey of Lawazantiyan" (Master/Governor of Lawazantiyan), adding that the ancient name of Çukurova was Kizuvatna and the place had two important religious centers at the time, one of which was Lawazantiya and the other Kummanni.

"Many scientists claimed that Kummani was Sirkeli village (where the site is located in Ceyhan district)and Lawazantiya was Tatarlı (a nearby village)," Novak said, noting that the amulet also showed that the place was either Lawazantiya or someone had come from there and dropped it on the site.

He added that research is also continuing to establish what sort of religious center Sirkeli Höyük was.

The first excavations at Sirkeli Höyük began in 2006, with collaboration between Germany's Tübingen University and Çanakkale's Onsekiz Mart University. Bern University took over the work at the site in 2012.