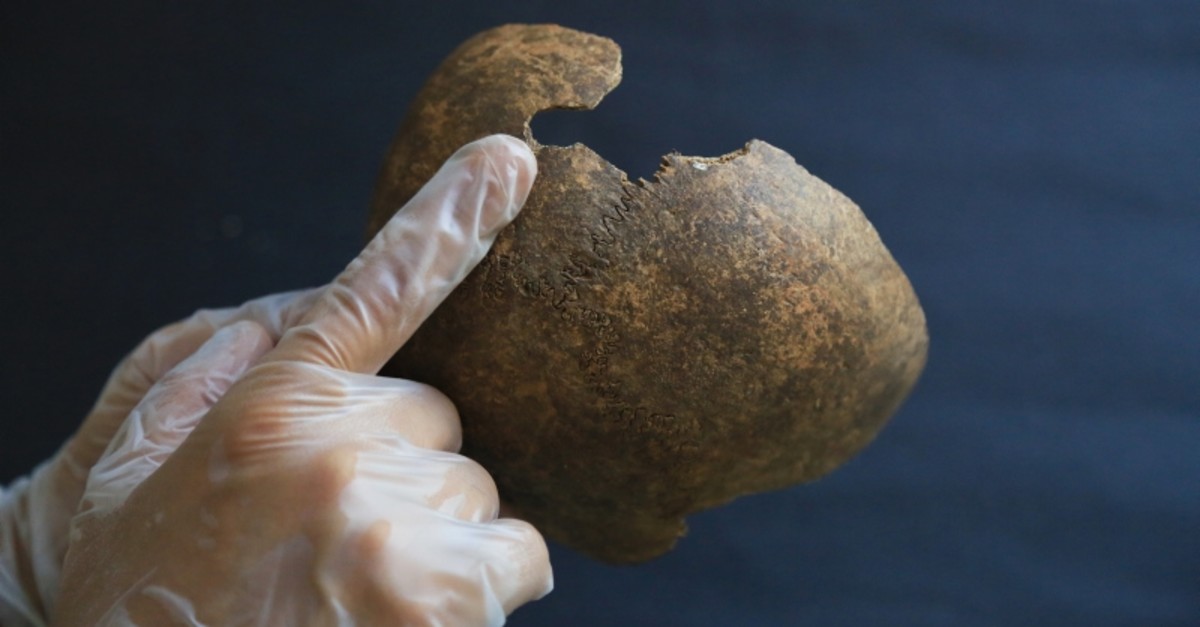 Archaeologists carrying out excavations in the ancient city of Euromus in Turkey's southern Muğla province found a skull with marks indicating that neurosurgery existed 2,200 years ago.

Led by assistant professor Abuzer Kızıl in Selimiye neighborhood in Milas district, the excavations are shedding light on the ancient civilization that lived over 2,000 years ago.

Noting that Euromus was one of the "luckiest" ancient cities in Anatolia, Kızıl said that it was the heart of the Caria region.

Around 20 burial chambers were discovered during electricity works near the site's welcome center, Kızıl said, adding that they found out brain surgery was performed on one of the skulls belonging to an adult male.

"We believe this surgery was performed due to a headache or a problem that had to do with the skull," Kızıl said, highlighting that the findings shed light on the history of medicine.

Kızıl also noted that the people in Euromos were healthy in general, with the exception of some epidemic illnesses.

Archaeologists have also discovered two fetuses inside the tombs with two young women, indicating that they may have lost their lives during delivery.

Dating back to the fifth century B.C., the ancient city of Euromus is a significant archaeological site with interesting buildings and temples.

Excavations at the site were launched by Turkish archaeologists in the 1970s and continue to be carried out, shedding light on the history of the ancient city.