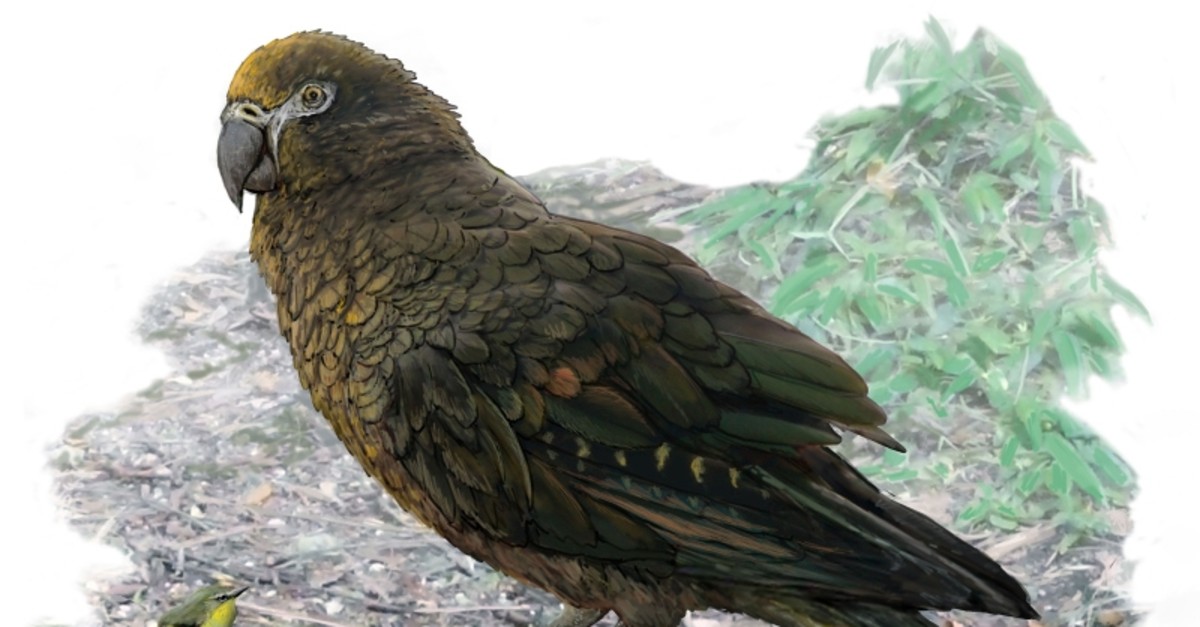 This handout picture released on August 7, 2019 by the Flinders University shows the drawing by Dr. Brian Choo featuring a giant-sized Parrot (AFP Photo)
by Compiled from Wire Services Aug 07, 2019 10:26 am

The remains of a super-sized parrot that stood more than half the height of an average human and roamed the earth 19 million years ago have been discovered in New Zealand.

"New Zealand is well known for its giant birds," Flinders University Associate Professor Trevor Worthy said in a statement released on Wednesday. "Not only moa dominated avifaunas, but giant geese and adzebills shared the forest floor, while a giant eagle ruled the skies.

"But until now, no-one has ever found an extinct giant parrot - anywhere."

The paleontologists from Flinders University in Sydney and the Canterbury Museum in New Zealand named the bird Heracles inexpectatus to reflect its Herculean myth-like size and strength as well as the unexpected nature of the discovery.

The new parrot was found in fossils up to 19 million years old near the old mining town of St Bathans in Central Otago on New Zealand's South Island, an area where scientists have been excavating fossil deposits for 20 years.

"Heracles, as the largest parrot ever, no doubt with a massive parrot beak that could crack wide open anything it fancied, may well have dined on more than conventional parrot foods, perhaps even other parrots," said Professor Mike Archer from the UNSW Sydney Palaeontology, Geobiology and Earth Archives (PANGEA) Research Centre.

"It was likely that the animal was feeding higher up in the food chain," he said, adding that parrots "in general are very resourceful birds in terms of culinary interests."