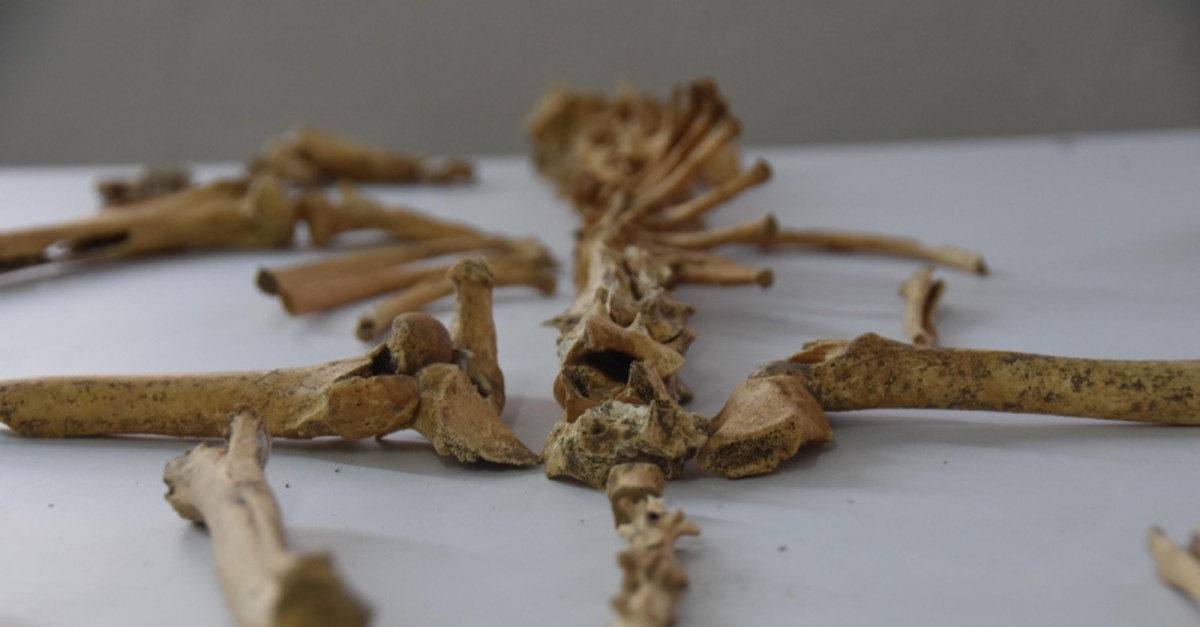 Turkish archaeologists have discovered that ancient humans who lived in northwestern Turkey during the drought period in the Early Bronze Age consumed dog meat cooked in various ways, excavations at the Küllüoba settlement mound revealed.

Traces of dog meat dating back 4,500-years were found in pots at the Küllüoba mound, located in Eskişehir province's Seyitgazi district.

Archaeozoologist Can Yümni Gündem told Ihlas News Agency that the meat was grilled and boiled.

Ebedin Emelük, a master's student at Batman University who is a part of the excavations noted that they are trying to figure out which animals were used for sacrifice and for other purposes.

Archaeologists have also found that ancient humans also consumed lamb and beef beside the dog meat.

Küllüoba excavation director Associate Professor Murat Türkteki noted that they have data proving that there had been a drought at the time, seen in plant fossils.

"We also see that dogs were used for sacrifice ceremonies," Türkteki said.

Excavations at Küllüoba were launched in 1996. Since that period, researchers have discovered artifacts, animal bones and settlement plans revealing details about the cultural life 4,500-years-ago. Some 15 burial sites were discovered, along with 3,000-year-old sarcophagus.