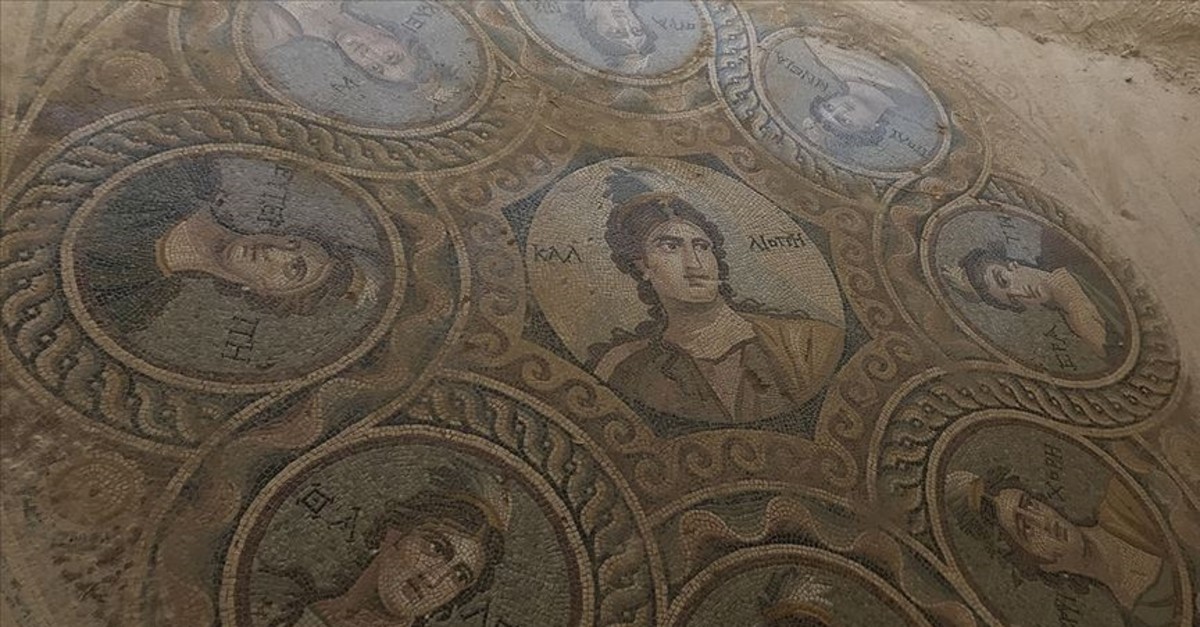 House of Muses, a Roman-era house named after the muse mosaics found in the area located in the ancient city of Zeugma in southeastern Turkey's Gaziantep province will welcome first visitors at the end of next year after the excavations are completed.

The excavations, which also unearthed the famous "Gipsy Girl" mosaic have been carried out in the ancient city located in Nizip district near the Euphrates River since 2007.

The mosaics found in the ancient house include some nine fairies which are believed to be the inspirations of writers, poets, musicians, historians and philosophers of the period.

The house is also one of the most important examples of Roman-era housing structures with its rich architectural decoration, well-preserved mosaics, and frescoes.

Professor Kutalmış Görkay from the Classical Archeology Department of Ankara University who leads the excavations told Anadolu Agency that the House of Muses will offer its visitors a chance to see the home environment of the Roman-era, taking them on a journey across the centuries.

"When visitors come here, they will be able to see a well-preserved Roman house," Görkay said, adding that the Roman residence features wall decorations with figures and geometric patterns that reflect the characteristics of the period.

The excavation in Zeugma was first launched in the late 1990s to save historical artifacts in the ancient city slated to submerge in the reservoir of the Birecik Dam on Euphrates River.

Zeugma is home to Roman houses, believed to belong to nobles, dating back to the 2nd and 3rd B.C. Most were adorned with beautiful mosaics currently on display at the mosaic museum.