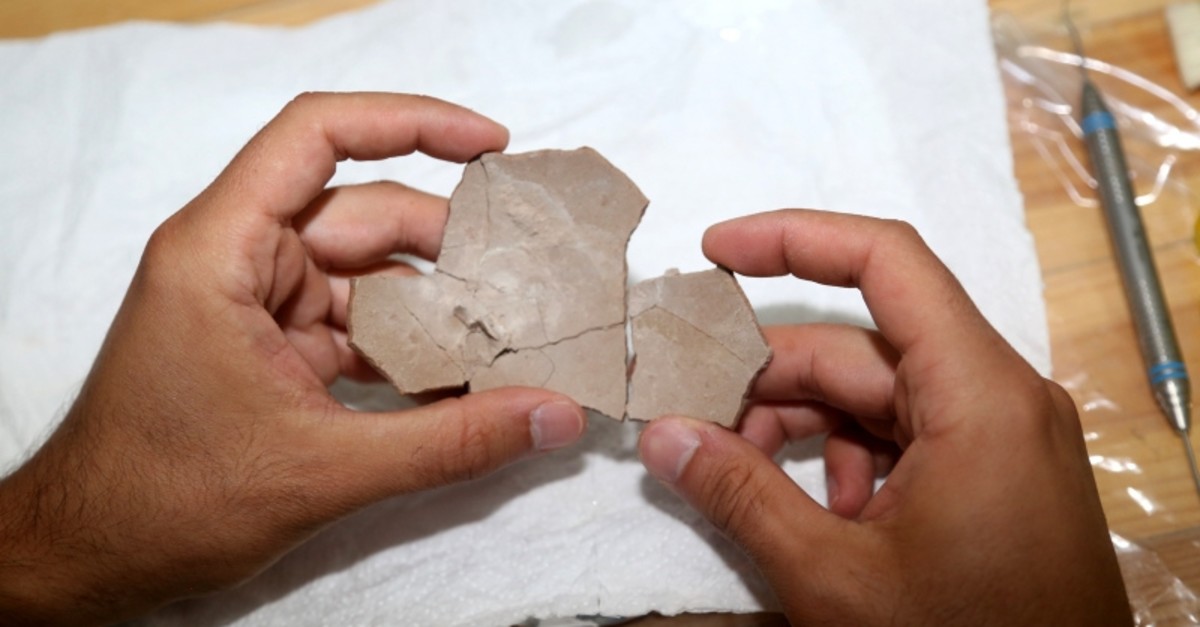 The millions of years old egg was found in the excavation site located near the Çankırı-Yapraklı Road.

Professor Ayla Sevim Erol from the Anthropology Department of the Ankara University, who leads this year's excavations with a team of 10 people said that they found a small piece of the ostrich egg and the fossil belonging to the same period after previously discovering other animal fossils in the area.

The egg fossil was carefully extracted from the ground and was brought to a laboratory for cleaning procedures, research associate Erhan Tarhan said, adding that they used fine brushes and a special lancet in the process.

The excavations in the area were initially launched in 1997. The area is known to be one of the richest of its kind in terms of fossils and was discovered during a joint excavation with a German research team in the 1970s.