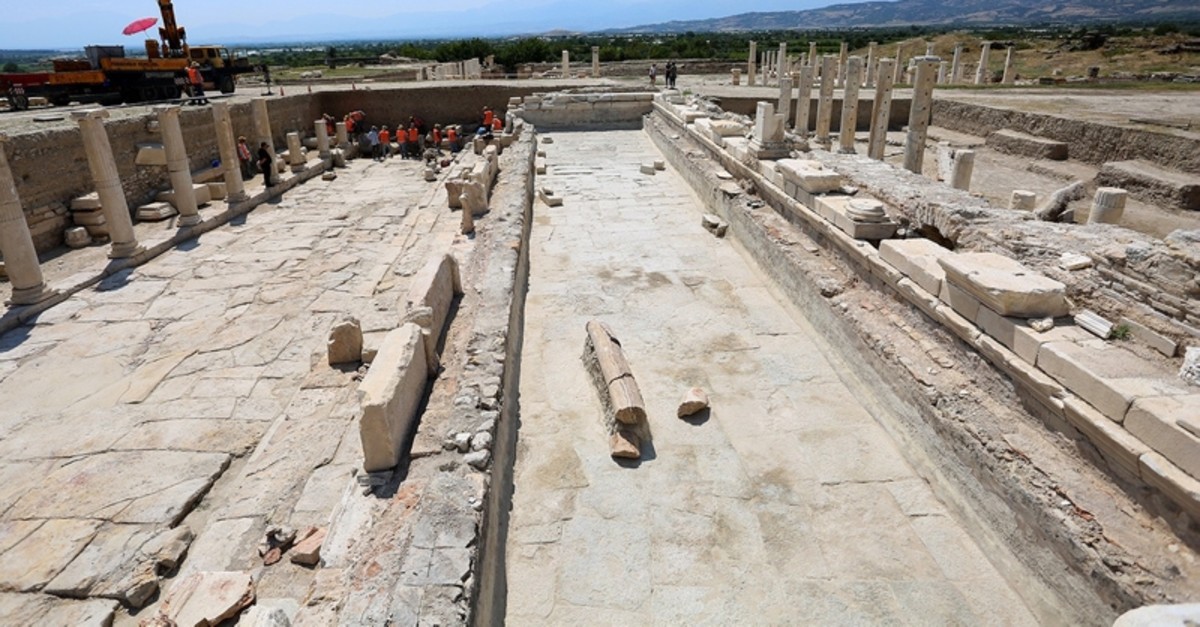 Archeologists have unearthed a monumental fountain estimated to be from the 2nd century A.D. during excavations in the ancient city of Tripolis on the Meander in western Turkey's Denizli province.

The fountain was discovered under the scope of the excavations which were initially launched in Buldan district in 2012 with the cooperation of Pamukkale University (PAU) and the Culture and Tourism Ministry.

Archeologists said that the well-preserved U-shaped fountain is 32 meters long and 7 meters wide, and is located at the center of the ancient city.

The fountain was adorned with statues of important rulers of the time and their wives as well as various gods and goddesses worshiped in the city in line with the religious beliefs of that period.

Associate Professor Bahadır Duman from the Archeology Department of PAU said that the fountain displays important features of ancient cities in Anatolia during the Roman period.

Duman noted that the fountain had undergone an important restoration in 4th century A.D. which greatly contributes to reaching rarely-known information about the transition from the Roman period to Byzantine architecture.

Situated about 40 kilometers north of the Denizli city center, Tripolis on the Meander was an important commerce and agriculture center in the ancient Lydia Region. The ancient city had also played a role in providing transportation between Karia, Phrygia, and Tripolis and was one of the richest cities in the region due to its strategic location.