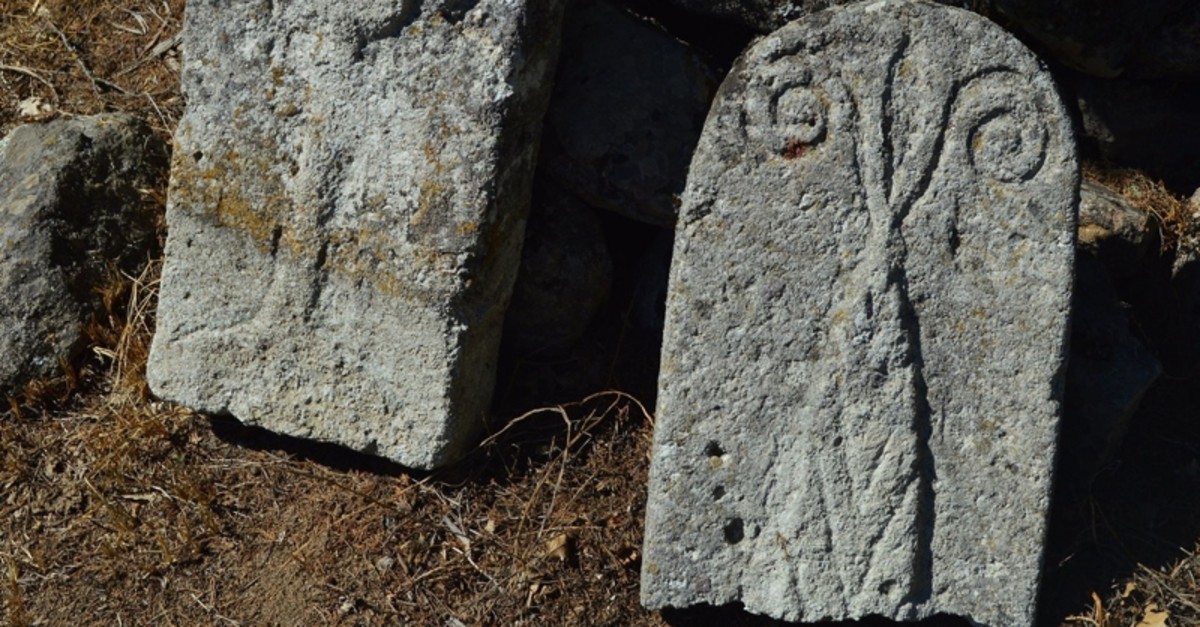 A Turkish historian in northwestern Bursa province has discovered a hundreds of years old tombstone bearing a ram-head figure, which is an important symbolic figure in the Turkic world.

Associate Professor Celil Bozkurt discovered the historic tombstone in a derelict graveyard located in the Alutça neighborhood, which he believes will shed light on the Turkic tribes who once lived in the area, as well as the migratory routes of those tribes.

Saying that the gravestones bearing ram-head figures are seen in different regions of the Turkic-speaking world, Bozkurt noted that the rams were very important for the nomadic lifestyle of the ancient Turks.

"The ram, which had entered the social and religious life of the Turks, became the subject of legends, and was used as a permanent symbol in Turkish handicrafts due to its power, strength, and courage," Bozkurt said, adding that the symbol has thus survived through its manifestation on carpets, rugs or tombstones.

Bozkurt underscored that the symbol was also particularly common among Kipchak and Oghuz Turks which supports the claim that the local community living in the neighborhood today would be descendants of the Kipchak Turks.

"Interdisciplinary researches in the region will provide new information about Kipchaks, known as the missing Turks," Bozkurt noted.

Oghuz and Kipchak tribes arrived in Anatolia early in the ninth century; a migration that was crowned by the conquest of Anatolia by the great Seljuk Empire in the 11th century.