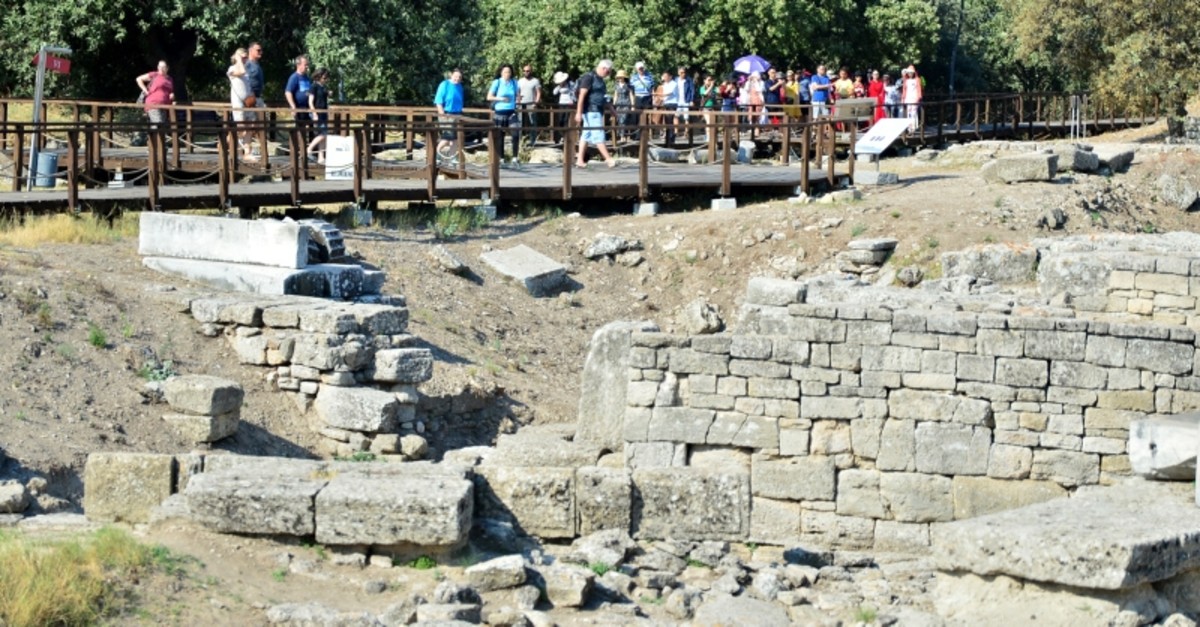 Archaeologists have discovered a new sanctuary preceding the ancient city of Troy in Turkey's western Çanakkale province, which is expected to shed light on the details of ancient civilizations that inhabited the area.

Professor Rüstem Aslan from Çanakkale University's Faculty of Archaeology, who leads the excavations at Troy, told the Anadolu Agency that they found the third sanctuary in the 156th excavation period.

Excavations at Troy, located near the village of Tevfikiye, were launched by Frank Calvert for the first time in 1863, Professor Aslan said, noting that the discovery of the new sanctuary is exciting as it has significant implications in terms of the history of Troy and Anatolia.

"In this year's excavations we have come up with exciting results regarding the southern entrance to the ancient city of Troy," Aslan said and added: "We came to the conclusion that there was a new sanctuary area in Troy especially during the Hellenistic Roman periods."

Aslan said that the excavations prove the existence of a third sanctuary in the area.

The findings at Troy are expected to shed light on the relations of the city with the Anatolian and Hittite cultures, and its function in Western Anatolia.

Turkey's government declared 2018 the "Year of Troy" in honor the 20th anniversary of the ancient city's recognition as a UNESCO World Heritage Site. Hundreds of thousands of guests, including celebrities, have visited the site this year to visit the newly opened Troy Museum and take part in cultural and historical activities.

The 4,000-year-old ancient city of Troy is one of the most famous archeological sites in the world. First excavations at the ancient city were undertaken in 1870 by German businessman Heinrich Schliemann, who is now regarded among the pioneers of archeology.

The historic setting of the Greek Trojan War in which Spartan and Achaean warriors from Greece besieged the city in 13th century B.C. was immortalized by the Greek poet Homer in his epic poem The Illiad.