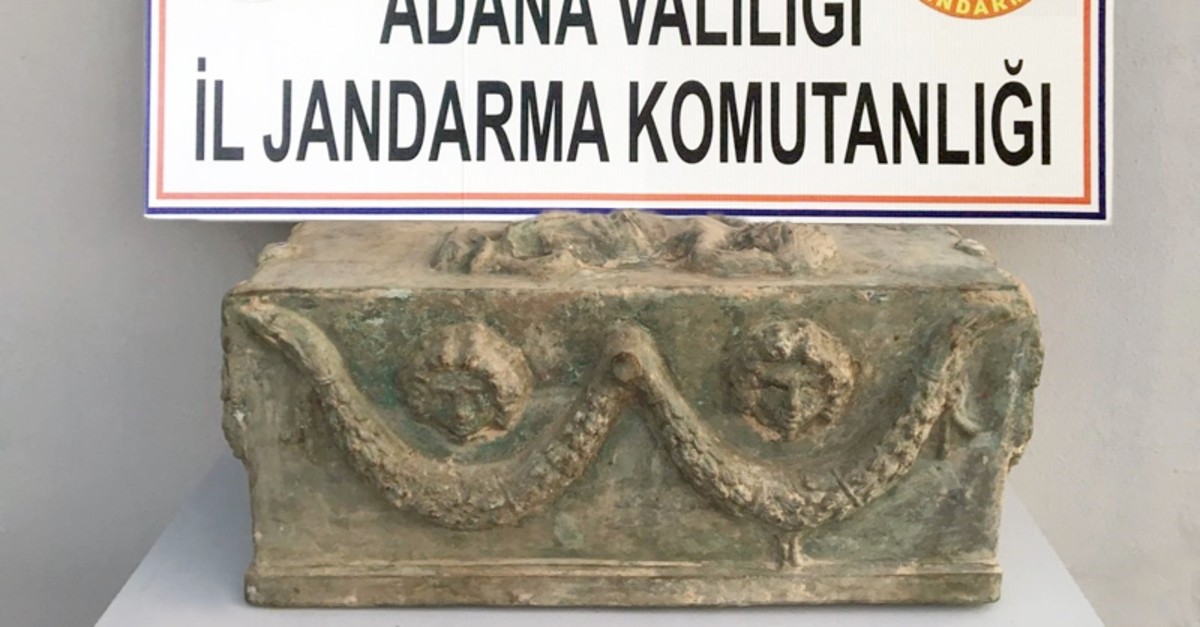 Turkish security forces seized a Roman-era bronze sarcophagus with an embossment of the snake-haired Greek mythological monster Medusa on the outside from smugglers in southern Turkey's Adana province, the local governor's office said Wednesday.

After examinations, experts determined that the small stone coffin was an infant's.

Provincial gendarmerie units seized the sarcophagus in an anti-smuggling operation they conducted in Ceyhan district after receiving a tip-off, the office said in a statement.

One of the two suspects, who were trying to sell the ancient artifact, was caught red-handed during the operation and detained.

In Greek mythology, Medusa was a female monster with a disfigured face and venomous snakes on her head in place of hair. According to legends, Medusa's gaze would turn anyone into stone. She was beheaded by Perseus who managed to sneak up to her, hiding behind a reflective shield gifted from the Goddess of Wisdom Athena.