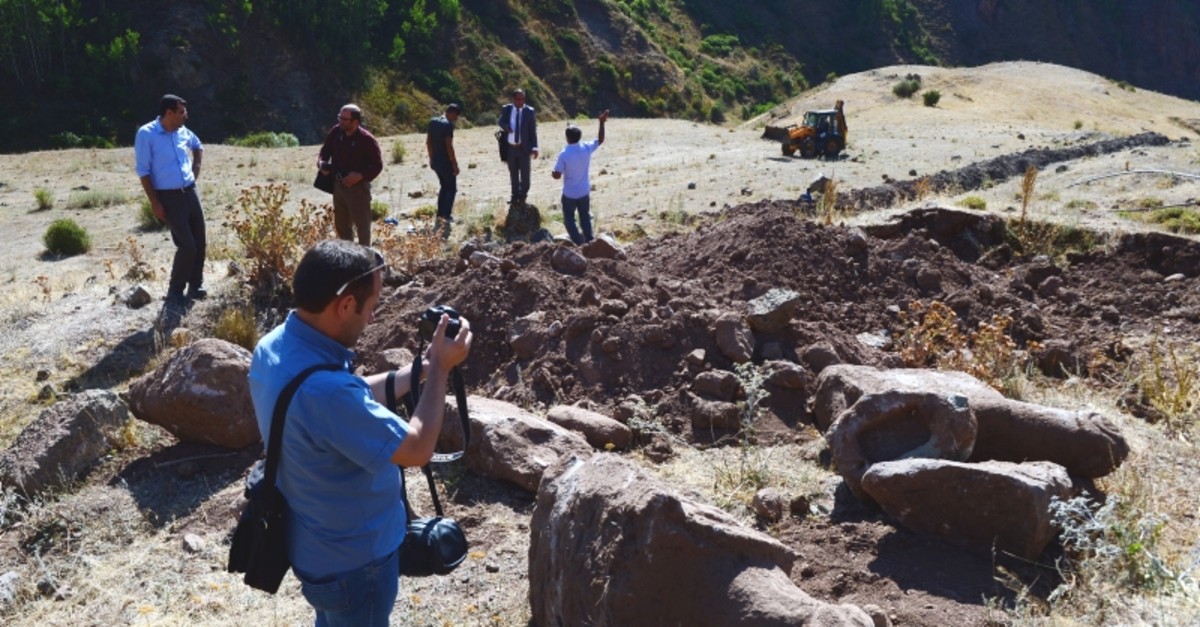 Eleven pieces of historical artifacts were found while municipal staff were conducting construction work in an area in the Kireçli village of the Tortum district, some 10 kilometers away from the town center.

Erzurum Museum Director Hüsnü Genç told reporters that one of the tombstones bears an engraving that represents the oldest traces of Turks who lived in Anatolia, adding that the findings will be examined.

Genç also said that the initial examinations revealed that the historic artifacts may belong to Scythian Turks who lived in 600 B.C., but the precise information will be revealed after the detailed examination.

The connection of the Scythians being the ancestors of some Turkic tribes is a controversial topic. While some historians claim that the physical characteristics in depictions of Saka or Scythian representatives are very similar to the very first Turkish features known in history, others say that they were more Indo-European than Asian.

The term Saka also refers to Scythians, the large group of Eurasian nomads on the Eastern Steppe and Tarim Basin.