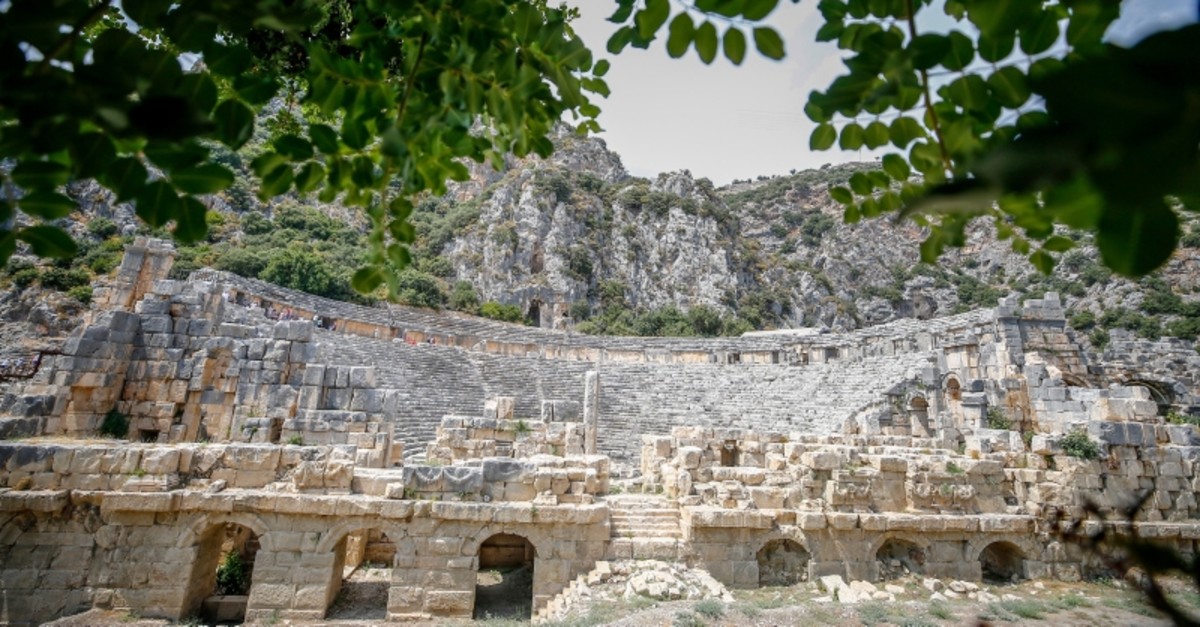 There is a large city underneath the ancient city of Myra in southern Turkey's Antalya province, Turkish archaeologists revealed Thursday, as they wait for the excavations to be launched to completely unearth the ancient treasure.

The city is reportedly covered with alluvium and lays under Myra, located in the Demre district. It was one of the most important metropolises of Lycia from the classical age to the Roman and the Byzantine periods and is home to various important ancient structures, including a Roman-era amphitheater with a capacity of 11,000 people and rock tombs bearing the characteristics of the classical era.

The ancient city of Myra is also home to the church of Saint Nicholas, also known as Santa Claus.

Nevzat Çevik from the Akdeniz University's Archaeology Department, who leads the excavations in the area that were initially launched 10 years ago, told Anadolu Agency that their geophysical studies have revealed that a huge city lies 1.5 kilometers under Demre.

"A large reserve of information is waiting for us under a deep alluvial cover," Çevik said adding that he refers the ancient city of Myra as Pompei of Anatolia.

Çevik added that he is looking forward to completely unearth the ancient city to open it for tourism.