Ruins of ancient road used by Romans, Crusaders and Ottomans to pass through Anatolia found in Turkey’s Bilecik 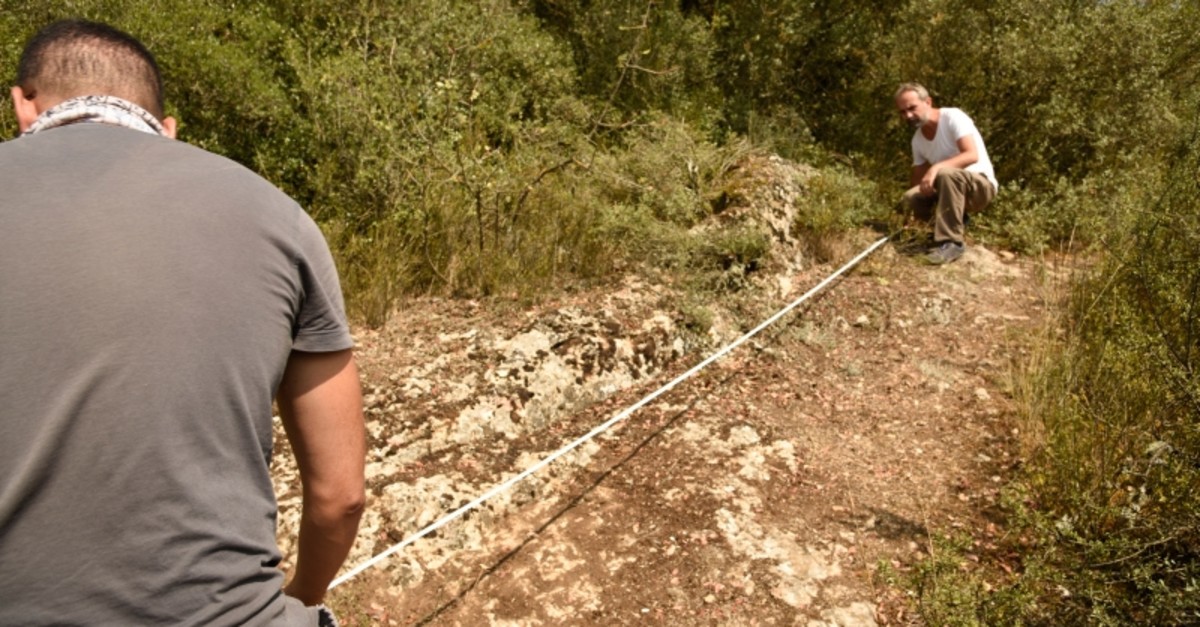 Researchers have found the remains of one of the two main roads used in Anatolia centuries ago in Bilecik province, in Turkey's Marmara region, officials said Monday.

The ruins of the historical road, which is believed to date back to around 69-79 A.C., making it almost 2,000-years-old, were discovered by a group of scholars consisting of archeologists, and two historians during fieldwork in Osmaneli district.

Associate Professor Hüseyin Sami Öztürk from Marmara University's History Department told the Anadolu Agency that they had been carrying out research on historical roads and bridges by examining some documents in Ancient Greek and Latin, and after determining such roads' location, they tried to find out which points they had passed through in ancient times.

"This place is now deserted, but it was like a busy highway for an era," Öztürk said, adding that those coming from the Balkans first stopped by in Kadıköy, then headed to Izmit and Karamürsel, before finally arriving at this road after passing İznik.

Öztürk underscored that the road was used by many civilizations, such as Roman legions, the crusaders while they were crossing into and through Anatolia, as well as the Turkic tribes and the Ottomans.

Stating that the road was a very important discovery, Öztürk stressed that however, only a certain part of the road had survived. The group managed to find the remains of a 77-meters-long section, and hopes to figure out how all the other bits of roads they have discovered connect and fit into the bigger picture.

"Our aim is to document the history of the region and show the world the richness of Anatolia, while also shedding light on the history of Rome," he added.

Bilecik, a transit point between Istanbul, Bursa, and Ankara, was the birthplace of Osman Ghazi, the founder of the Ottoman Empire and also was the first capital of the empire. The city, which is one of the smallest provinces of Turkey, thus has much to offer as a source of archeology and ancient artifacts.